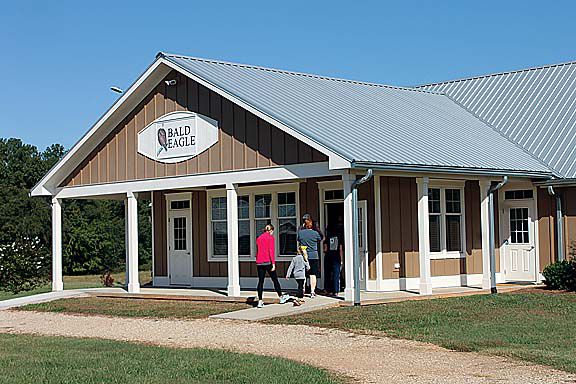 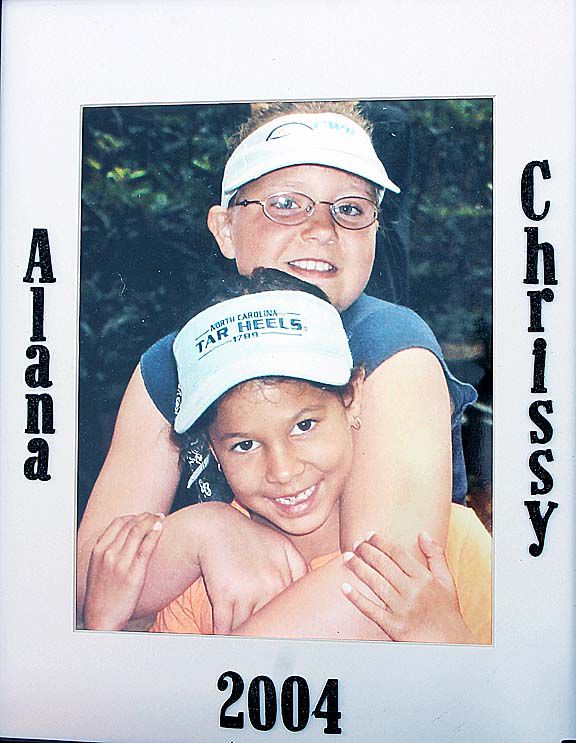 Two families celebrate the act of changing sorrow into joy.

Years of hard work culminated in a celebration marked with superheroes and fun Saturday when the Alana and Chrissy Memorial dedicated their dorm building at Camp Willow Springs at Lake Gaston.

In 2004, two families united in tragedy when they lost their children, Alana Liles and Chrissy Laureano in a car accident.

The “I Love You 10,000 Miles,” Memorial Run was born from that sadness when the families were approached by leaders at Camp Willow Run to usestheir memories of these two children to help build a dorm room at the new facilities at Camp Willow Springs, an offshoot of the camp grounds.

Liles admitted that in the beginning, she was skeptical about the possibility of the group ever raising $200,000 to build the facility. But Chrissy’s mom, Tammy Rodwell, and several friends affectionately called the “Sistas” convinced her it was possible.

The group founded the annual 5 K and fun run in 2010. They sold Brunswick Stew and asked for sponsors. Saturday, the building was dedicated.

“I think of this run as an honor to the girls,” said Nancy Moore, one of the “Sistas.” “Alana was so enthusiastic about her salvation. She had just accepted Christ (at Camp Willow Run, the previous week). She wanted to tell everyone.”

Camp Executive Director, Linda Harris said she was proud the families chose to use their sorrow to invest in other families and their daughters. She said this new dorm, named “Bald Eagle” will echo with joy.

“It’s going to resonate with songs and laughter,” she told the crowd that gathered for the celebrations. “These are families with a vision of what is yet to be.

Harris went on to say that the girls are now in their heavenly home and they are happy and safe and she felt they would be pleased with this tribute to their memory.

“It’s not just a hope,” she said. “It’s a truth. Their legacy lives on. Life is forever. She is in her eternal home. She and Chrissy are dancing.”

Rodwell spoke for the group when she said it was because of all the heroes that were at the run that the families were able to do this. She thanked everyone for their contributions, great and small. She said not only has the dorm been built and is ready to house girls from up and down the eastern seaboard, but an additional $13,000 has been raised to give 30 children scholarships to attend camp.

Army Staff Sgt. Dana “Peter Rabbit” Lynch was the first across the finish line. He said he was excited about being involved because this run is for a good cause.