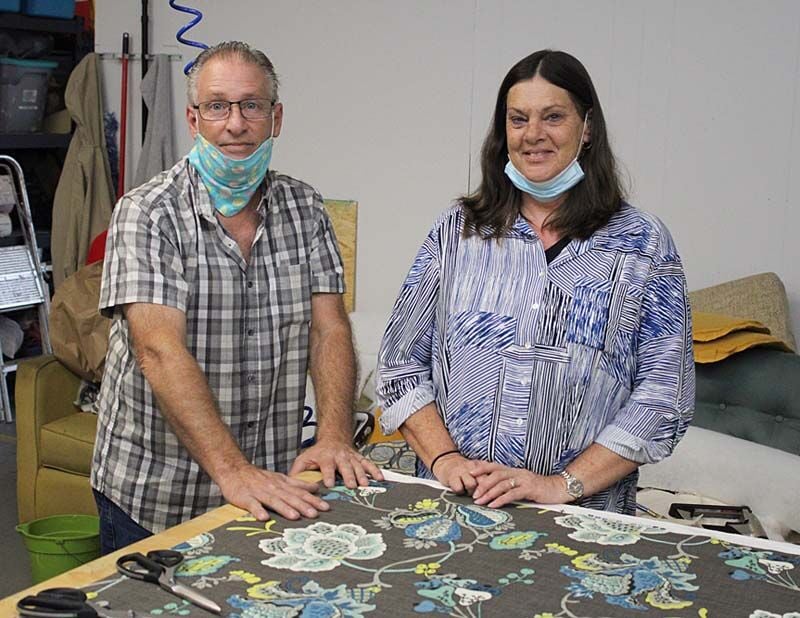 Charlie and Tracy Azzara own Lake Fabrics in Littleton. 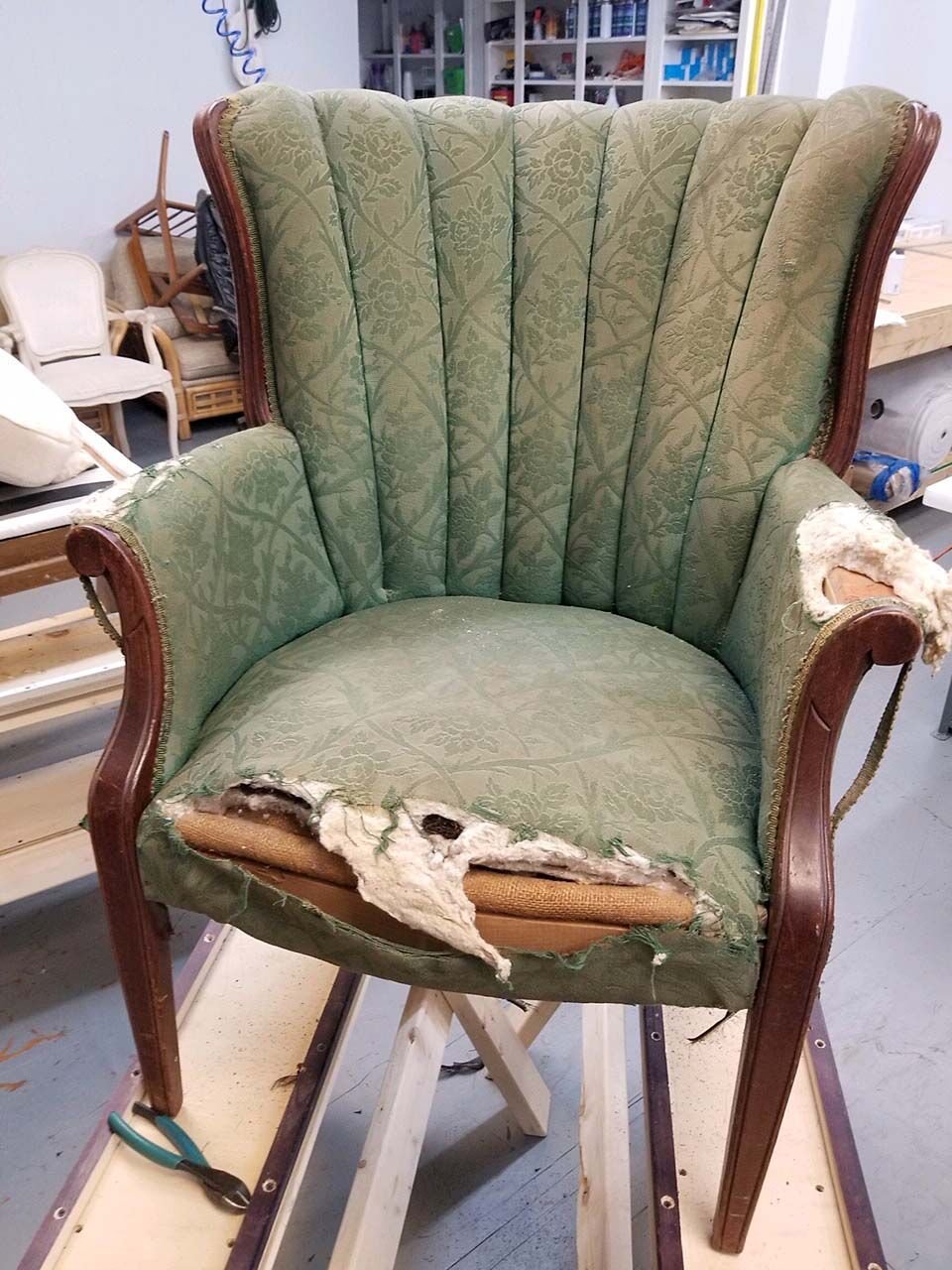 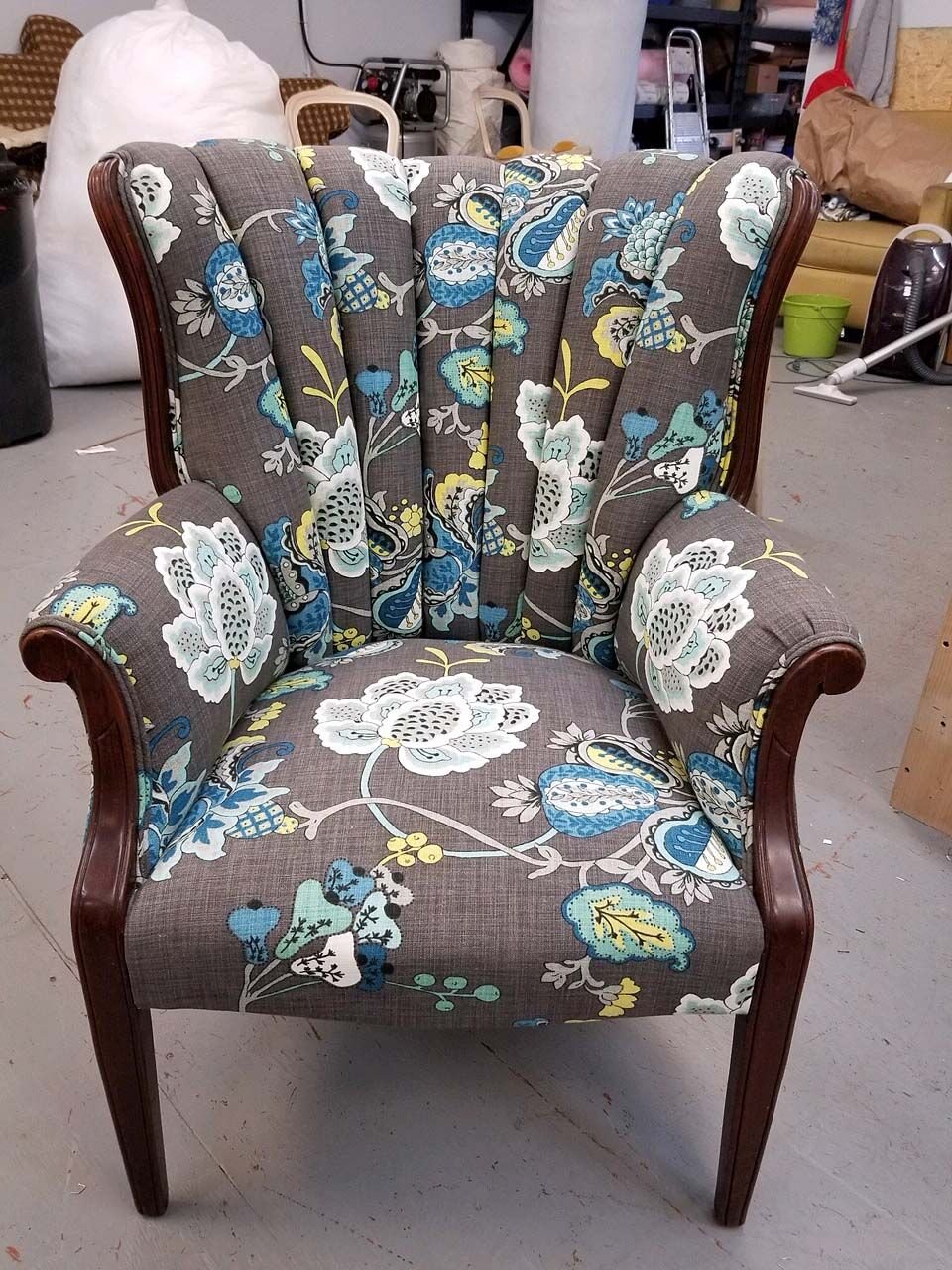 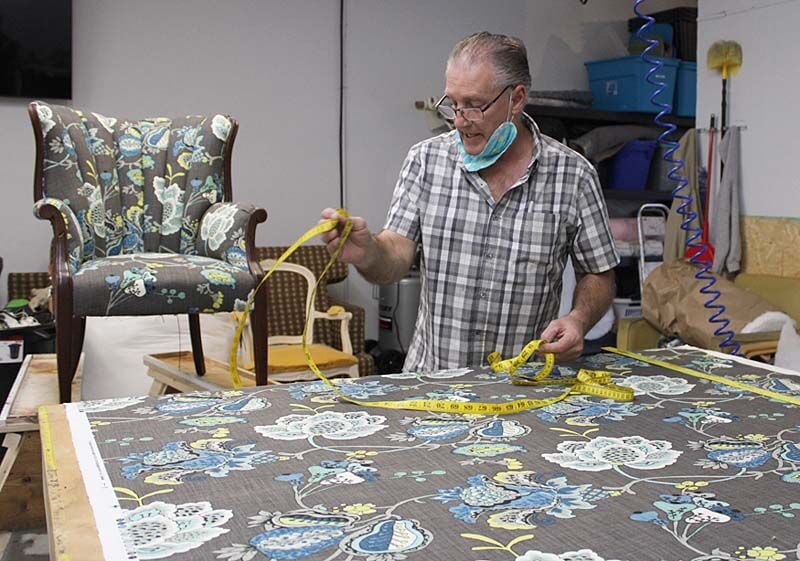 Charlie and Tracy Azzara own Lake Fabrics in Littleton.

Linda Austin is so complimentary of the work of Lake Fabrics owners Charlie and Tracy Azzara, the question had to at least be asked of her.

“Are you related to them?”

No, they’re not related. Of course not. Their vastly different dialects should be the first clue. Austin is just a satisfied customer of the new upholstery and fabrics shop in downtown Littleton next to the NO. 1 Chinese restaurant.

The Azzaras hail from a town called Sayville in Long Island, N.Y. Charlie’s Italian grandfather didn’t speak much English and his father’s wasn’t great either. Charlie has 35 years of professional experience in upholstery and picked up the trade from his older brother John in Long Island.

Linda, of Cary, N.C., and husband Mark have been full-time Lake Gaston residents for two decades and visitors to the lake for twice that long.

“I teased them and told them they were my new Yankee friends,” Linda said.

Trust that Linda meant that in the nicest way possible. Just the other day Linda dropped Tracy (a nickname for Therese) off a few six-packs of Fresca since Tracy hadn’t been able to find the soda in stores recently.

It was a small gesture, but also emblematic of the small-town vibe that attracted the Azzaras to Lake Gaston from Raleigh. They initially purchased a second home on the lake in Macon and have also lived in South Carolina, Florida and Arizona.

What brought them here?

At first, it was the sunset on Eaton Ferry Bridge, on a trip to pick up a sewing machine.

“We were like, ‘Oh my God, that’s so beautiful,’ Charlie said. “You can’t see that in Raleigh. We saw it in Florida. But not in Raleigh.”

Lake Fabrics represents the first time in 20-plus years that Charlie has been working full-time out of his own shop. His stories from past jobs like his time with Michael Schmidt Custom Interiors in Naples, Fla. could probably fill a book. He has installed stingray skin panels on a bathroom on the exclusive Fisher Island off the coast of Miami and been put up at the Waldorf Astoria in New York while working on a nearby residential job, just to name a couple of interesting work-related adventures.

The point is, as Linda Austin attests, Charlie has been around the block in this business.

“He just does beautiful work,” Linda said. “He knows what he’s doing. And then (Tracy) sews beautifully too. She made me some pillows and a throw for the bed. Everything they have done has just been outstanding work.”

Linda helped spread the word on social media that she had finally found an upholstery shop in the area she could be excited about.

Coming from a small town in Long Island, relationships with folks like Linda are what make the Azzaras feel at home in Littleton. Some of the other credit for building a customer base goes to locals like Steve Milligan (Steve’s Sno Kones), Wanda Clark (One Upon a County Line Emporium) and Betty and Don Willis.

Renovation started in the summer and the doors were open by late August.

“I’m really thinking that we were just really blessed,” Tracy said. “Like I said, everything just kind of fell into place. We had been talking about other places and other ways to go into business for ourselves. We were thinking about putting a workshop behind our house and when we went to the town that was the end of that. They really were giving us a hard time (about opening a shop).”

One of the allures of the shop is in the name of the store itself: fabrics.

Customers have the option of bringing their own fabric or selecting it in the store, rather than only having the option to pick it out of a fabric book.

If it can be upholstered, the Azzaras can probably do it. They work on projects like boat cushions and golf cart seats in addition to furniture. Charlie might even fix your sewing machine. He’s loved mechanics from an early age and has learned that every upholsterer has a different style. And every project is unique too, Tracy added.

“To take this thing and rejuvenate it into something beautiful and new,” Charlie said, “that in itself without the money is so rewarding to me.”

More rewarding, still, are the reactions of pleased customers and the relationships forged through the front door. If you’re lucky, you might be greeted there by the Azzara’s 9-year-old son Justin, who introduces himself as the maintenance manager, and has a badge to match.