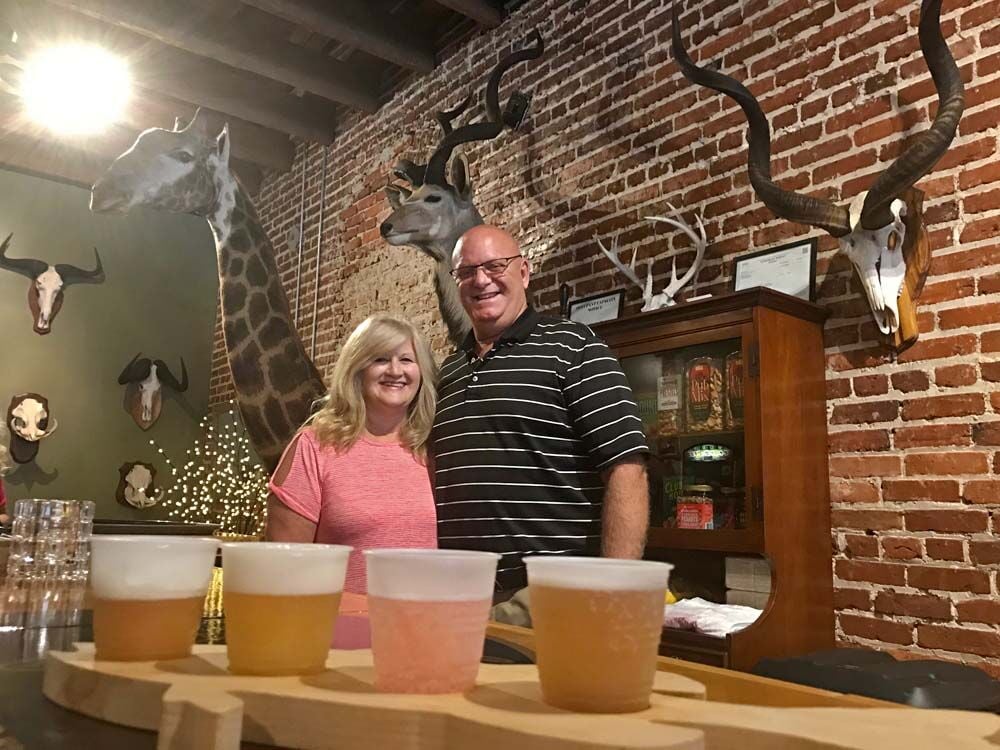 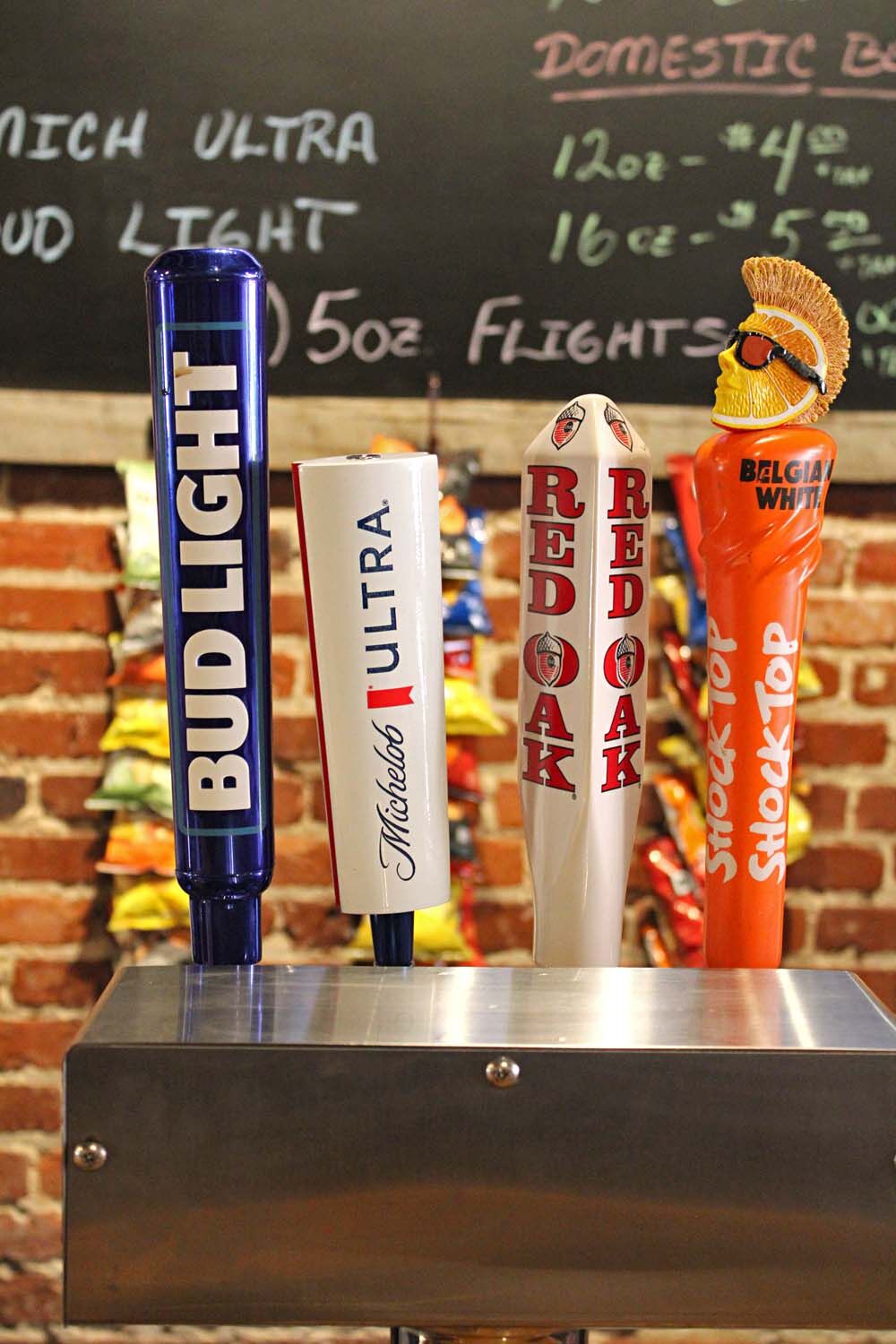 Four domestics and four rotating craft beers are on tap at The Trophy Room. 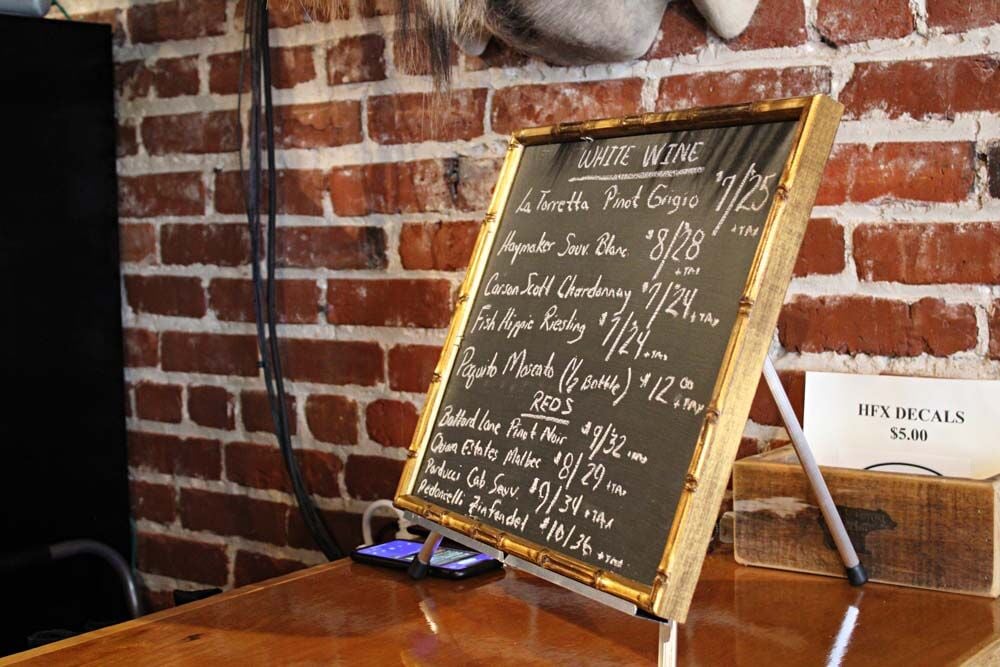 Red and white wines are among the offerings at The Trophy Room in Halifax.

Four domestics and four rotating craft beers are on tap at The Trophy Room.

Red and white wines are among the offerings at The Trophy Room in Halifax.

HALIFAX - With the exception of the impact COVID-19 had last year on bars, there might not have ever been a better era for beer enthusiasts than now. And Lake Gaston residents John and Lisa Haggerty are hoping the growth in popularity of craft beers will add to the intrigue of their new venture, The Trophy Room bar in Halifax. They’ll regularly rotate craft beer options (12 oz and 16 oz), on tap, but still offer a selection of classic domestics to go along with red and white wine.

In a nutshell: The Trophy Room, which celebrated a soft opening Aug. 12 at its 18 S. King Street location before being officially unveiled to the public, is “a little place to hang out,” John said.

The Trophy Room bar idea grew out of Haggerty’s Steakhouse, which John and Lisa opened two years ago in Roanoke Rapids before gaining a loyal and enthusiastic patronage. The Trophy Room, managed by Glen Buckner, is an expansion of sorts, offering more space to mingle, and a wider selection of beer and wine, within a short walking distance of the historic sites of Halifax and other local businesses.

Some passersby have mistakenly thought the space was related to local taxidermy. Nope, most of these bags came from overseas, like the red stag from Argentina. There’s a Cape buffalo and even a giraffe. John recognizes the theme might not suit everybody, but he and Lisa were taken by the distinctiveness of the space, which had previously hosted Big Game Brewing.

“His son, I think, still does these safaris,” John said of Caudle. “... But there’s going to be more things hung up here eventually.”

“We just loved it,” Lisa said. “We thought it was really unique and should be shared.”

The target clientele for The Trophy Room is similar to that of Haggerty’s, which does have a bar area - that can get quite crowded on certain nights.

U.S. draught sales were down significantly last year because of COVID, according to the Brewers Association, but the number of craft breweries continued to jump, reaching a total of 8,764 - up 56 percent from five years ago.

“The craft beer sensation has taken over,” John said. “Miller, Budweiser have seen that and they’re buying them up left and right. The big boy eats the little boy; it always has. I’ve got a relationship with both companies at the restaurant and I’ll have a relationship with both companies here. We’ll switch stuff out to keep it fresh and new. We’ll listen to customers like we do at the restaurant and if they request things, I’ll do my best to oblige.”

If your tastes are more like John’s, have a Michelob Ultra or Bud Light instead. Or maybe a Red Oak or Shock Top.

For now, The Trophy Room is open Wednesday through Saturday from 4-11 p.m. Going forward, that could change based on demand.