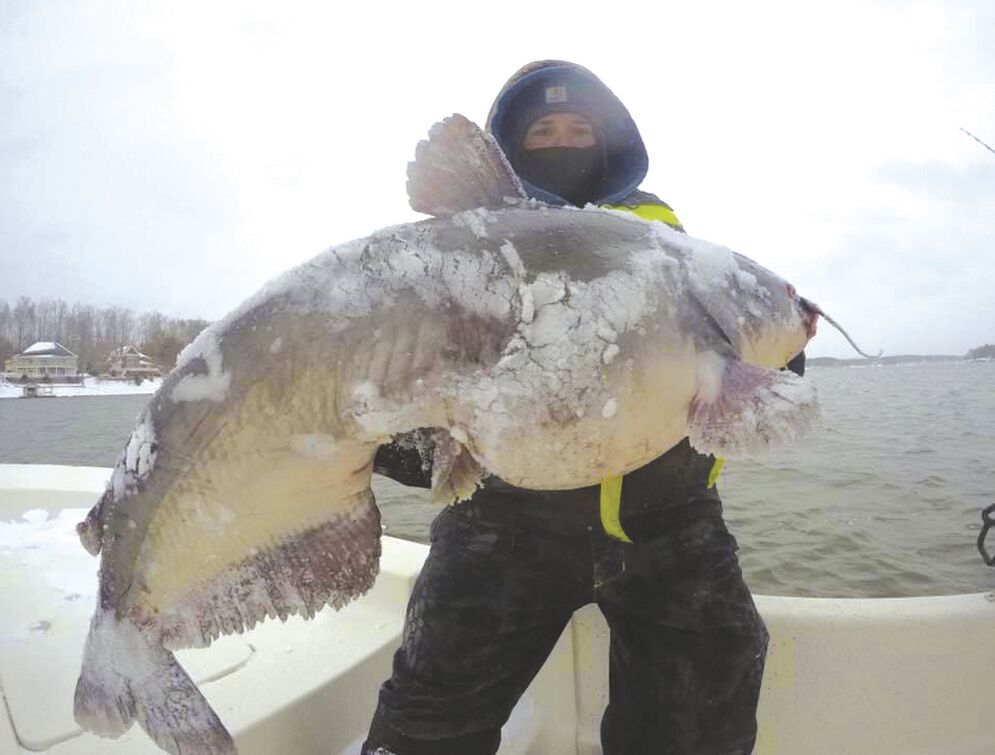 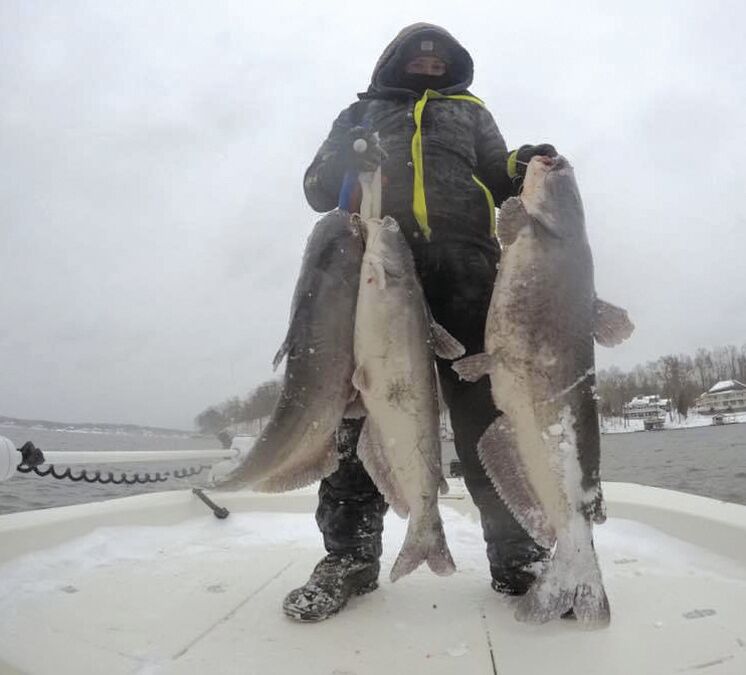 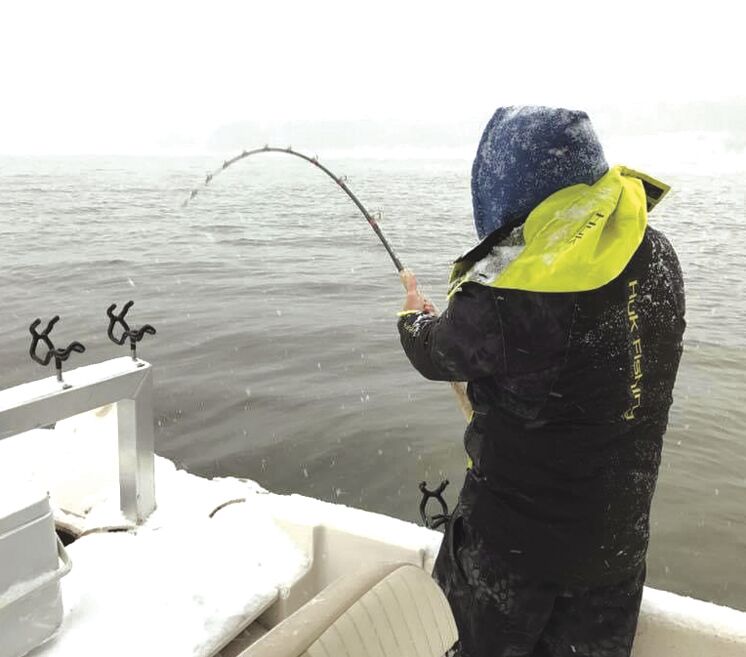 Zakk Royce is no stranger to fishing on Lake Gaston.  A native of Murfreesboro, North Carolina in Hertford County, Royce grew up fishing on the lake with his dad starting from the time he was nine or ten years old. A two time  North Carolina state record holder for Blue Catfish catches and a full time charter boat guide, he has no shortage of stories to tell from his ventures out onto the lake.

Of the four state records for fishing that have been pulled from Lake Gaston, Royce was responsible for two of them. Even though they have since been surpassed, they are still recognizable feats. “ That was in December of 2015. I went out fishing on my own. I was actually suppose to have a charter trip and they had to cancel on me. I decided I would go out and fish for fun, you know, by myself. I didn’t expect to catch a fish like that of course. Not too far into the trip, a couple hours of fishing that morning, I caught the first one. It was 91 pounds, a Blue Catfish. The previous record was 89. So, it beat it by a couple pounds,” explained Royce. After bringing the fish to be certified in town with help from his father, the duo decided to take advantage of the favorable 60 degree winter weather and go back out the next day. “ About 30 minutes into it, maybe sooner than that, after putting the lines in, we had the second one on it and it ended up being 105 pounds,” said Royce. The two record Blue Catfish catches were caught approximately 18 hours apart.

Royce, with his adventurous spirit, wasn’t going to let winter weather advisories stop him putting his line in the water again when he went out in the snow, freezing rain, and high winds the second and third day of the month. “ It was really nasty. Not just the snow, but the wind. When I started out it was pouring rain. It was probably one of the nastiest days I’ve ever fished,” Royce explained. “It was kind of one of those things where it felt like an adventure, to go out in it.  I enjoy going out in those rough conditions. I feel like when you do go out and catch a fish, especially on a day like that, it’s a bigger achievement; because everything is working against you.”

When asked if he had any “bucket list” goals for the upcoming warmer weather months, he said,” something that I’ve done over the last year and I want to keep doing for this year is working on differents species of fish. When I started doing the charters here I was strickly Catfish...when I started doing it full time, I had people calling me all the time saying, hey, do you do Striper fishing? Bass fishing? Crappie Fishing? All these different species we have in the lake. And, that’s one awesome thing about Lake Gaston is we have such a good variety of species in here to target. I kind of took it on as a goal to learn each species the best that I could to be able to start offering trips.”

To charter a trip with Royce, you can visit www.bluesbrotherscharters.com or you can look them up on Facebook or Instagram at Blues Brothers Guide Service, LLC.