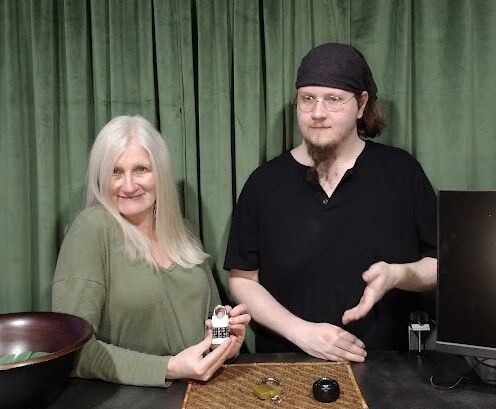 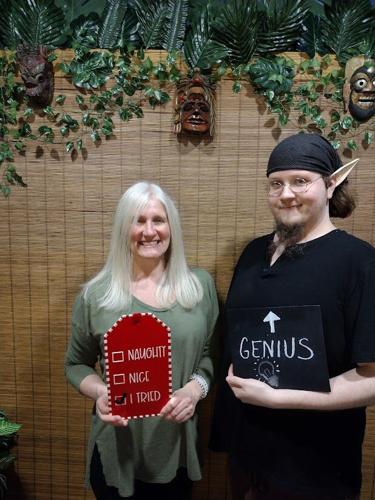 “It all began in January of 2020 when we played our first room and fell in love,” Meares said in a recent interview with the Gazette-Observer. “At the time, my son, Jalen Wellington, and I were thinking about doing a food truck, but decided we would rather do an escape room instead. We did a lot of research and attended Recon, the annual conference for the industry, and started spinning ideas.”

Starting with a variation on the classic Indiana Jones theme last summer, Escape Games Warrenton expanded into a Christmas-themed escape in time for this past year’s Holiday season. Meares and Wellington are now working on even more scenarios for their local audience.

“We opened Escape Games Warrenton in late July 2022 with our first room. – The Lost Tomb, which is an “Indiana Jones” style adventure,” Meares explained. “Our second room – ‘Twas the Crisis Before Christmasopened in December 2022. We are currently working on a “Back to the Future” style room, which we haven’t named yet. We are aiming for Easter/Spring Break, but we have learned that target dates often have to be adjusted when building out an Escape Room, particularly since we design and build everything ourselves.

Escape Games Warrenton is a creative project for both Meares and Wellington, taking advantage of Jalen’s extensive gaming experience  - both video and in person, D & D style - as well as his technical training in electronics/robotics.

“We draw on our artistic, writing, and storytelling skills as well as my business expertise and experience as an MBA and former coffee shop owner,” Meares explained. “Beyond the fun of creating the rooms, we love bringing fun things to do to the area that allow people to fully engage – physical, mentally, and with each other. In a time where we are so focused on our screens and technological devices, it is very satisfying to provide an experience in which people must interact in a challenging and immersive environment.”

As Game Masters, Meares and Wellington delight in watching teams solve their rooms together, especially those “Aha!” moments when something really clicks.

“We get folks with a wide range of experience - 30 to 50 games - to newbies who have never played before,” she said. “We don’t limit hints, but we respect our players preferences, whether they only want a hint if they ask for it, or if they are less experienced and would like to be nudged along if they seem stuck.”

Escape Rooms have exploded in popularity in recent years throughout the United States. Meares and Wellington have seen first-hand the excitement for escape rooms and the fact that the Lake Gaston region now has its own.

“We have definitely seen excitement about having an Escape Room in the Lake Gaston area,” Meares said. “We’ve had players that are permanent lake residents, people with vacation homes, and visitors.”

Without giving away all the secrets, people can expect tremendous fun - along with a challenge - when they come to Escape Games Warrenton. They will have to use their brains and ability to collaborate with others to come up with solutions, which will then lead to other clues and other opportunities to move farther along in the mystery. Although as few as two people could conceivably attempt to escape from a room, the experience is more enjoyable - and your chances of successfully completing the mission goes up - with at least four players. It’s a perfect way to have fun, spend time and grow spiritually with loved ones, co-workers, and friends.

“‘Twas the Crisis Before Christmas is our more entry level offering, as it was designed to be accessible to families with kids as young as five years old,” Meares explained. “It has puzzles that are fun and doable for all ages. The Lost Tomb is definitely more challenging - around a 30 percent success rate for solving it in 60 minutes or less. Both rooms will accommodate two to six players, but we recommend four to six players, particularly for The Lost Tomb, which is very challenging with less than four players.”

“They are never actually locked in, and can leave at any point through the doors they came in through,” Meares explained. “After playing, we take group pictures with fun signs and props, which will be emailed to the group and used on our social media.”

In 2023, in addition to opening its third escape room, Meares and Wellington have a list of about 30 escape room games that they would like to build out at some point.

“We are considering mobile options, such as a camper/trailer style room, that we could park at other locations, as well as games we could set up in other locations such as recreation rooms, and conference rooms,” she added. “For instance, if you have a group larger than six coming to stay at your lake house, we would be able to set up a game at your location to accommodate this larger group.”

Meares and Wellington have been thrilled by the support of the local community, and hope that word of mouth, as well as Escape Games Warrenton’s social media activities, continue to help spread the word, so that more people become aware of what they have to offer.

In addition to entertaining the local community the last several months with their escape rooms, Escape Games Warrenton donated games to various local non-profit organization fundraisers and events, and will continue to give back to the community in the years to come.

“Two of our favorite causes are our local youth through various avenues, and Heifer International, which is working to end poverty and hunger worldwide,” she said.

For more information about Escape Games Warrenton, visit www.escapegameswarrenton.com, or visit their Facebook page at https://www.facebook.com/EscapeGamesWarrentonNC/, To schedule a time for an escape room scenario, call (919) 725-7043, or email escapegameswarrenton@gmail.com.