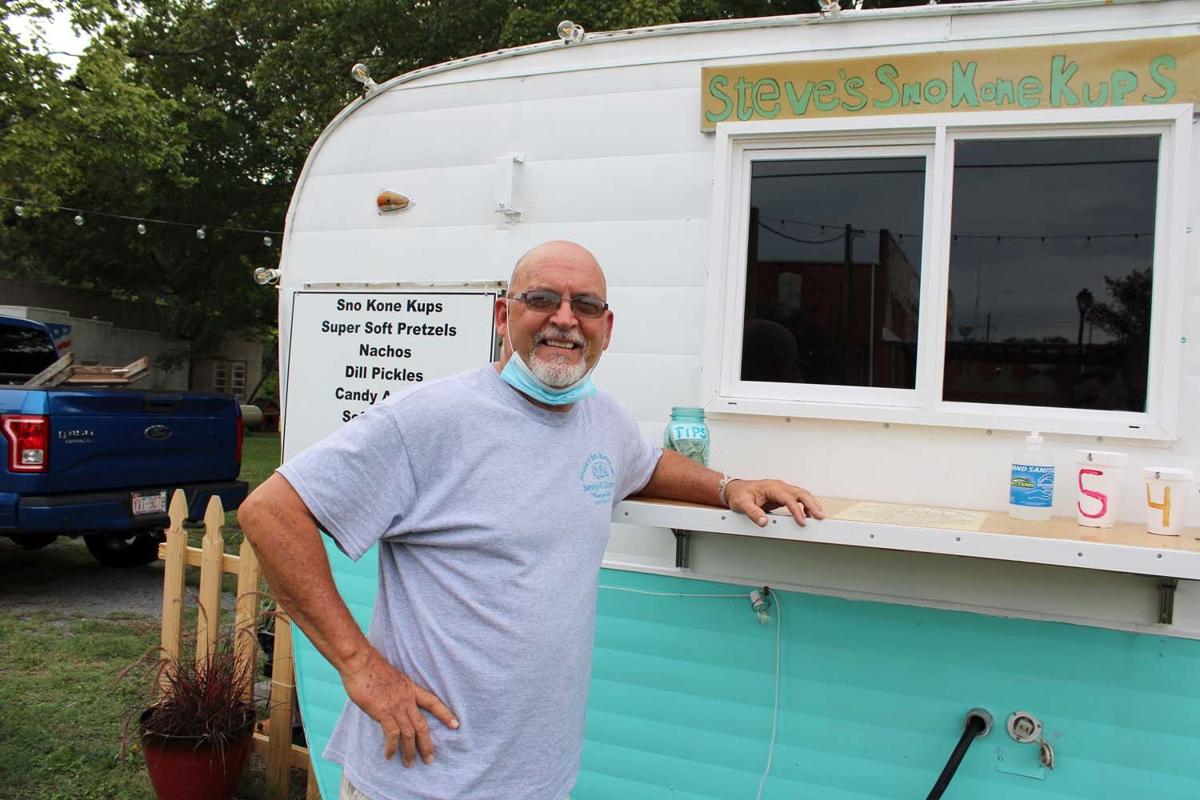 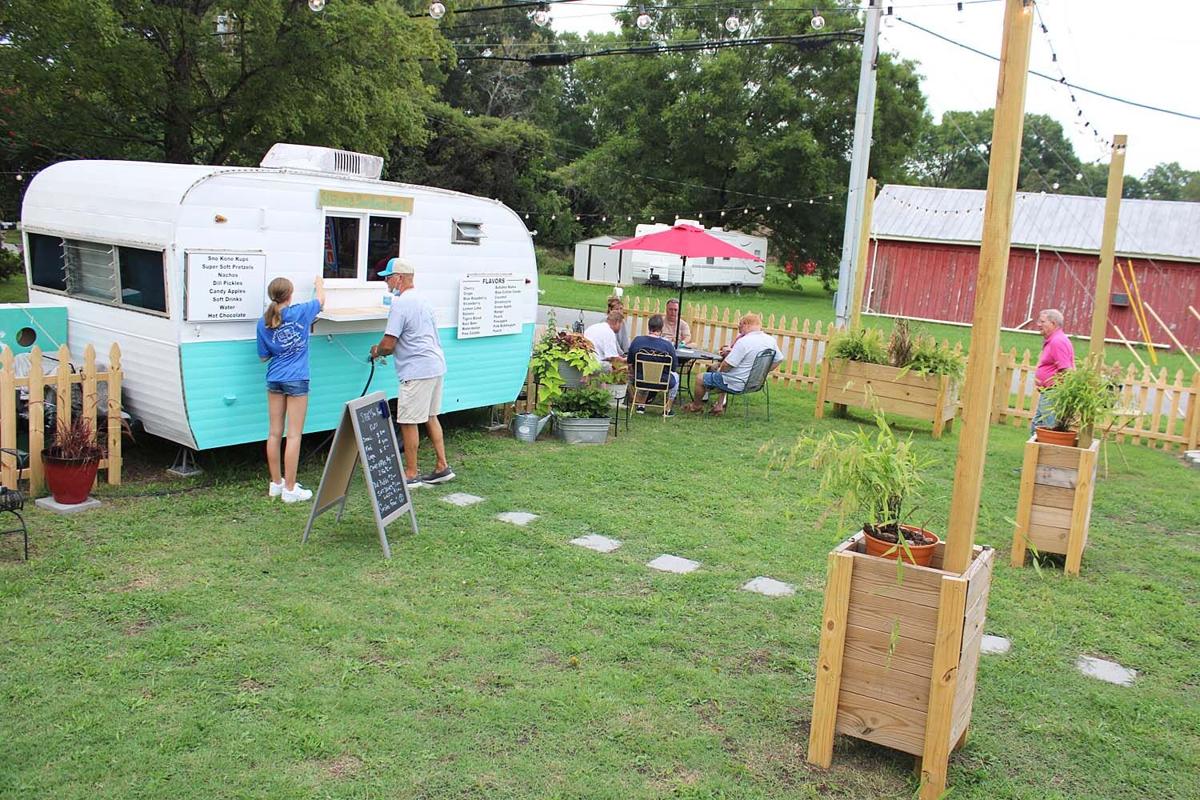 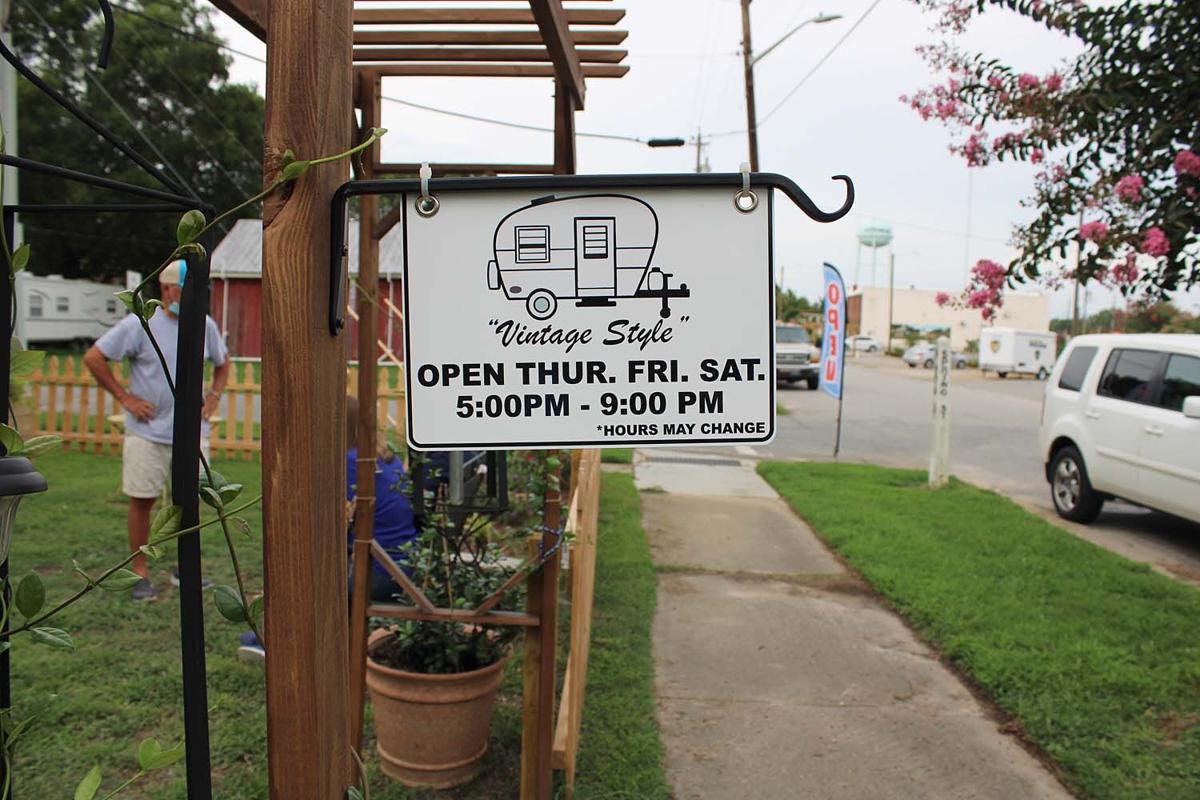 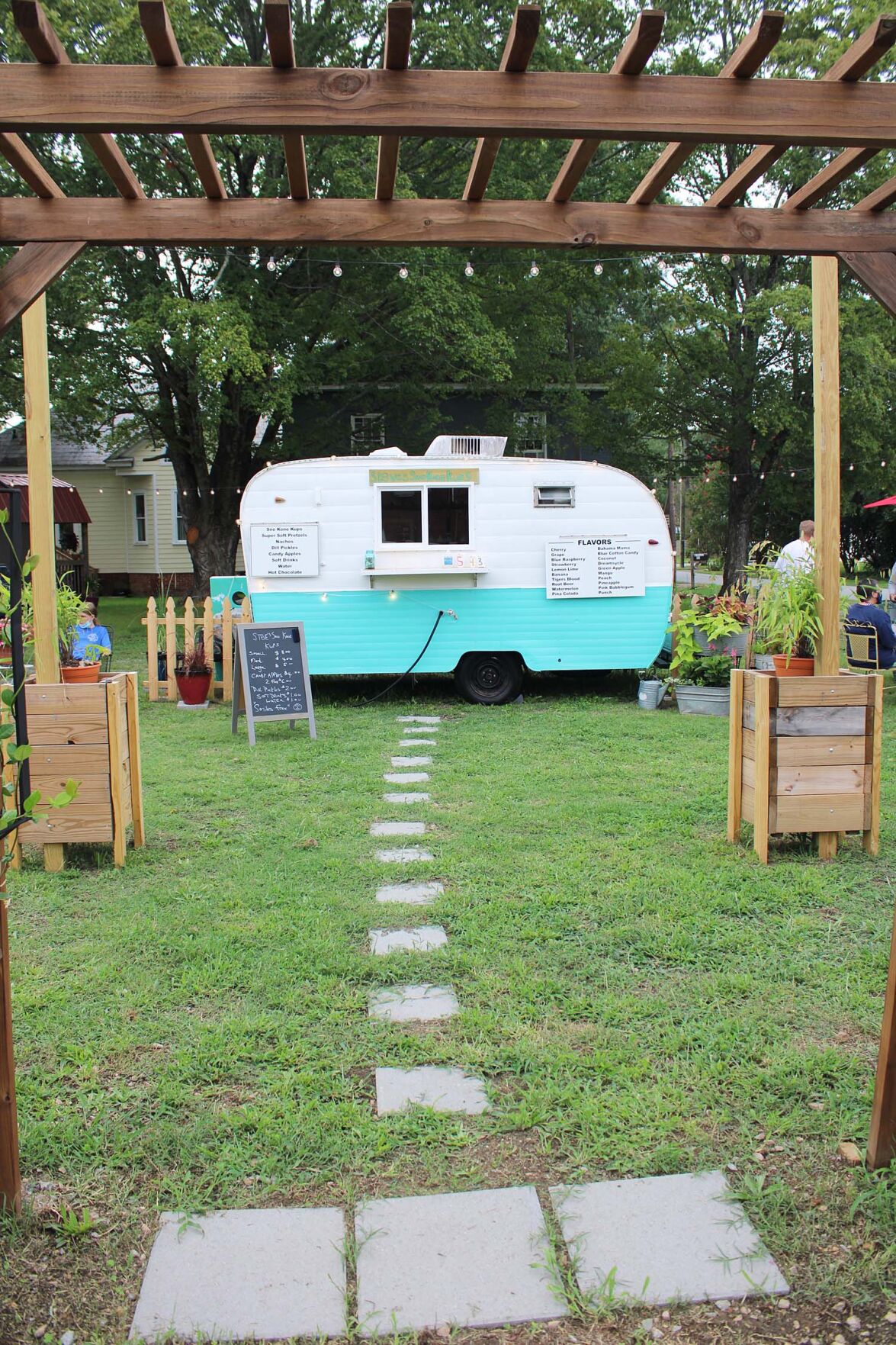 Steve Milligan’s latest venture proves snow cones don’t always have to be enjoyed on the go.

They’re much more relaxing, and perhaps less messy, when consumed in a more leisurely manner, and in a more fixed, park-like setting such as the one Milligan created in downtown Littleton.

Milligan, owner and operator of Steve’s Sno Kone Kups for the last two years, has parked one of his two vintage Sno Kone campers permanently downtown on E. North Main Street behind downtown, with plans to be there for the next two years. Officially, the grand opening is Labor Day Weekend on Saturday, Sept. 5, though there was a soft opening this past weekend.

He intends to be open 5-9 p.m. from Thursday-Saturday, but some of that will be played by ear.

“I’ve always wanted to do something like this,” Milligan said. “And I think Littleton is a town that is getting ready to explode with Mr. (Ed) Fitts and some of the investments he’s made. But I still think it has a small, hometown feel.”

Small and hometown. That’s exactly the vibe the new space gives off with a wooden fence, birdhouse, plants, pergola, stepping stones, and hanging lights serving as some of the decor. There’s a vintage feel to match the snow cones as well as the 1965 teal-ish-and-white Zipper camper, which of course, is the centerpiece.

Milligan’s other camper is a 1966 JoyTime that gets dispatched to away events, like an upcoming Halifax County horse show.

Over the summer, Milligan visited about 30 festivals around the state, mostly in the central or eastern half.

“I like staying in this area though,” he said.

He got the inspiration for Steve’s Sno Kone Kups from observing a couple in the N.C. mountains selling ice cream sandwiches.

He then started working First Fridays as a vendor through the Greater Littleton Development Partnership.

Milligan hopes to eventually capitalize on some of the other downtown business projects in the work.

Until then, he’s already got a cozy spot, one made more attractive by recent beautification and landscaping efforts by GLDP.

On Friday night near dusk, music echoed around the Sno Kone yard as friends gathered to check out the new digs.

“I think it’s exciting that there’s a lot going on in Littleton,” said Teresa Maxam, visiting the camper for the first time. “I am excited to see some revitalization going on. I think this is a good start, a good thing to add to the community. It’s unique. I think that will attract people. For sure.”

“Come and relax,” he said. “Have a good time. Just enjoy yourself.”