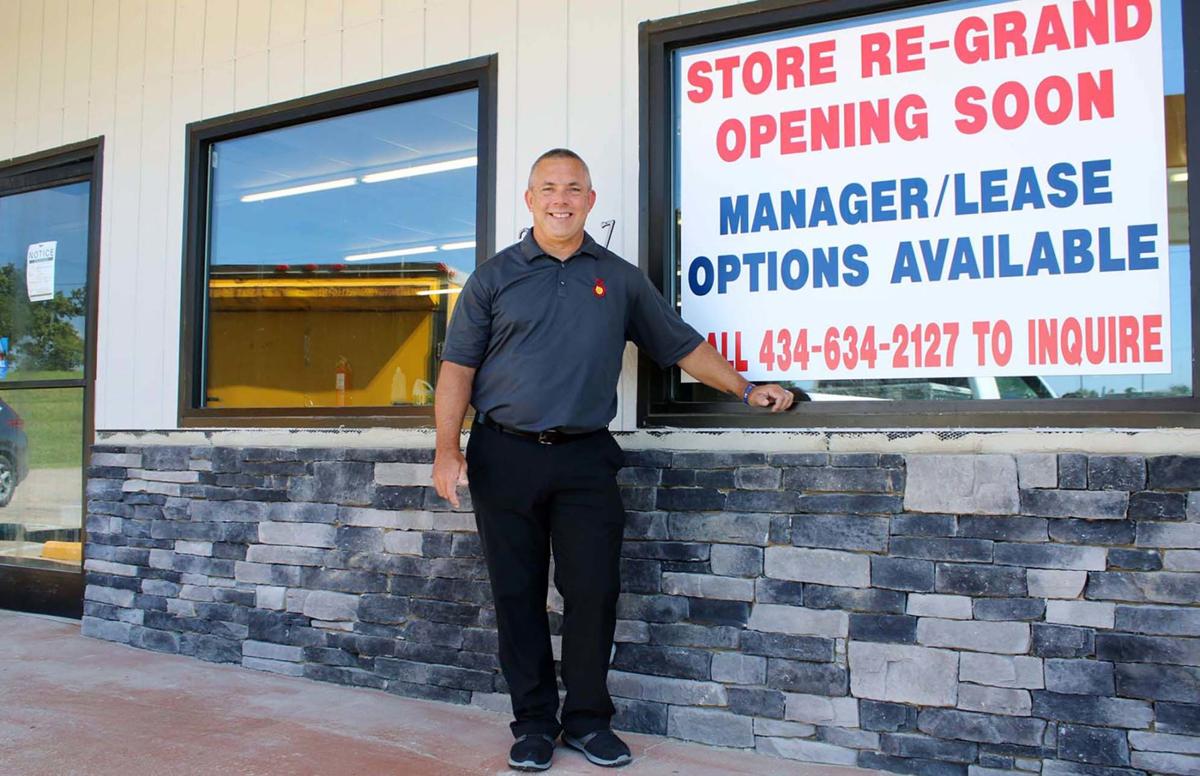 Former NASCAR driver and personality Hermie Sadler of Sadler Brothers Oil Company visited the Ebony, Va. Race-in that is being renovated and scheduled to open in September. 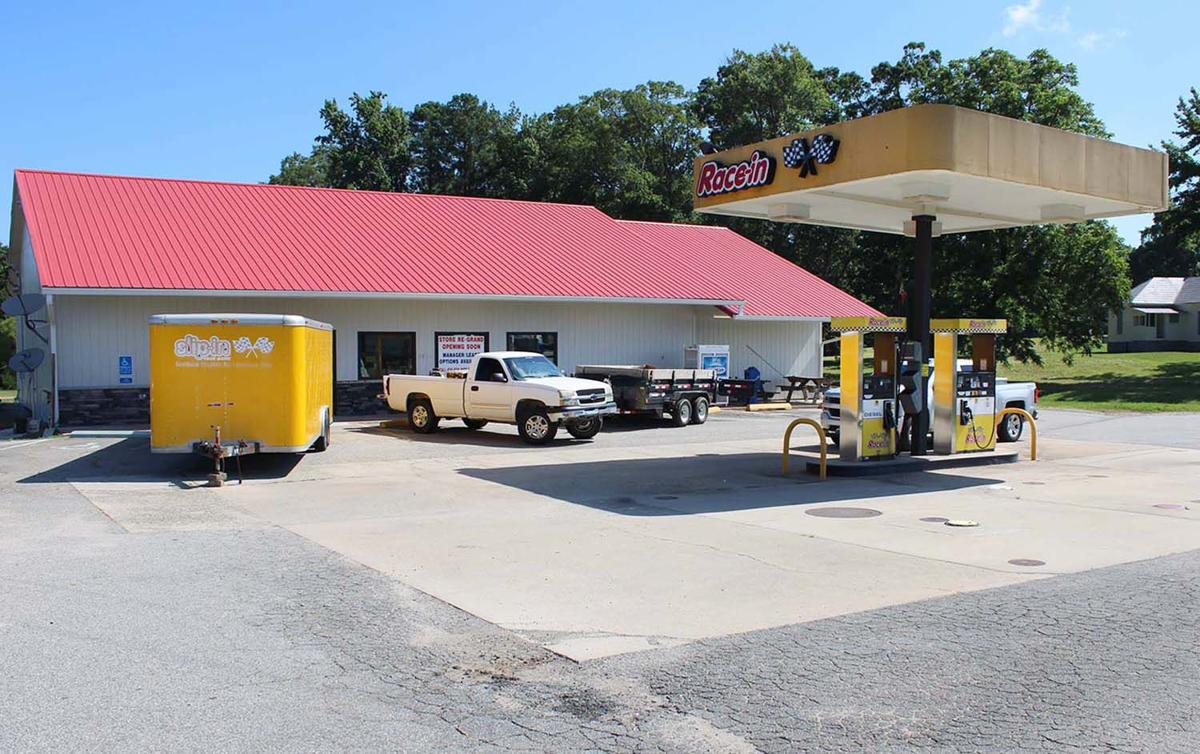 The renovated Race-in in Ebony is now open.

Former NASCAR driver and personality Hermie Sadler of Sadler Brothers Oil Company visited the Ebony, Va. Race-in that is being renovated and scheduled to open in September.

The renovated Race-in in Ebony is now open.

Hermie Sadler can probably fill the entirety of any newspaper edition with stories about his colorful life that has included both a driving and broadcasting career in NASCAR, his relationship with brother and former NASCAR driver Elliott Sadler, professional wrestling promotion, and entrepreneurial efforts that presently include owning a restaurant in his hometown of Emporia, Va. or being featured on a Maverick 102.3 morning radio show.

Hermie Sadler once had a working relationship with Dwayne “The Rock” Johnson; his career has been anything but typical, even for a racecar driver.

But none of that has much to do with why Sadler dropped by Ebony, Va. Thursday.

The family business, Sadler Brothers Oil Company, brought him here, across from the Ebony General Store on Highway 903, to the site of the gas station/convenience store that is being fully renovated but will still be known as the 903 Race-in. Sadler Brothers Oil had already been supplying fuel to the location in recent years, but only purchased the real estate from Ronald Wright a few months ago.

“We’ve got a lot of customers that are loggers and farmers that already do business with us,” Sadler said. “As much as anything, this is an opportunity for us to provide another outlet for some of the people that are already our customers to be able to come buy fuel and gas.

The new location, about 10 miles from downtown Bracey, Va. and 6.5 miles from the area around the Lake Gaston Food Lion, is slated to open on Labor Day.

Sadler, who owns a home on the lake in Henrico, wasn’t sure last week whether his company would operate the store or lease it out, but is fielding inquiries.

Sadler said the company owns and operates about 10 stores, but either leases or has a gas contract with 35 total stores in Virginia and North Carolina.

Officially, he’s the executive vice president in charge of development for Sadler Brothers Oil, and owns half of the company with his sister Missi Sadler. Elliott, a 17-time NASCAR winner, is not involved and instead has been focused in recent years on running the Emporia-based TopHand Foundation, which specializes in youth sports training.

Each Sadler Brothers Oil team member wears many hats, Hermie said, which helps explain why he favors the hands-on approach that brought him to Ebony last week to check in on the progress of 903 Race-in.

“We’ve already heard from many, many people that are looking forward to us getting open,” Sadler said, “and providing good products at fair prices with friendly faces inside the stores.”

He said the revitalized store, which will employ an additional 5-7 members, will basically be new from top to bottom including new bathrooms, new ceilings and floors, and improvements to the exterior that can already be seen from the road.

Flipping a store, as it may be considered, is what Sadler loves to do.

His grandfather Herman Sadler Sr. and father Herman Sadler Jr. got the family business rolling with truck stops, convenience stores and travel centers. Hermie, the 1993 NASCAR Busch Series Rookie of the Year, has been back running the company with his father for the last several years, even while he was still reporting for Fox Sports before retiring from TV last year.

Hermie Sadler, 51, raced as recently as last year for RSS Racing in the Xfinity Series at Richmond, but has been perfectly content to trade the busy NASCAR life for the family business in Southern Virginia.

At home in Emporia, he can spend more time with family including his three daughters, the youngest of whom, Naomi, is a softball standout at Brunswick Academy and will play collegiately at Randolph-Macon. The oldest, Cora, cheered at the University of North Carolina, where Hermie graduated. The middle is Halie Dru, who has autism, and has inspired Hermie to raise awareness about the disorder for much of her life, including to his 90,000-plus Twitter followers.

So, he’s in absolutely no rush to return to the racing world in any capacity.

After idolizing Darrell Waltrip, Sadler got to work with him at Fox. He raced against the likes of Dale Earnhardt Sr. and still regularly exchanges texts with Dale Jr.

He’s more at home now fixing up a place like the 903 Race-in in Ebony.

“I have a lot of friendships from my racing days,” Sadler said. “That’s what I reflect on the most these days is the relationships and the friendships I’ve created moreso than the racing and the wins and the losses.

“I miss my friends and of course, I miss the sights and sounds of being at the track, but I don’t miss airplanes and hotel rooms and rental cars every weekend like I did for 30 years. I’ve really immersed myself back in the family business now.”

'We are open:' Murrays cooking up something special in Ebony

The wait for the Ebony, Va. Race-in to reopen is over.