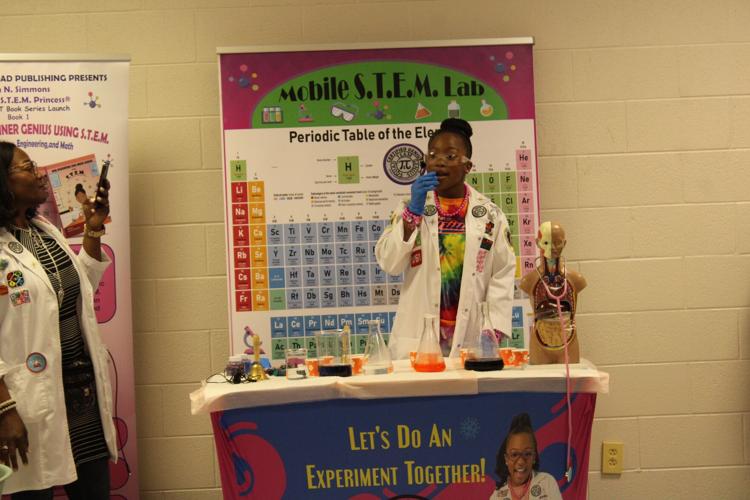 Ava Simmons leads the Team Genius Squad in a fun experiment at the Roanoke Rapids Library. 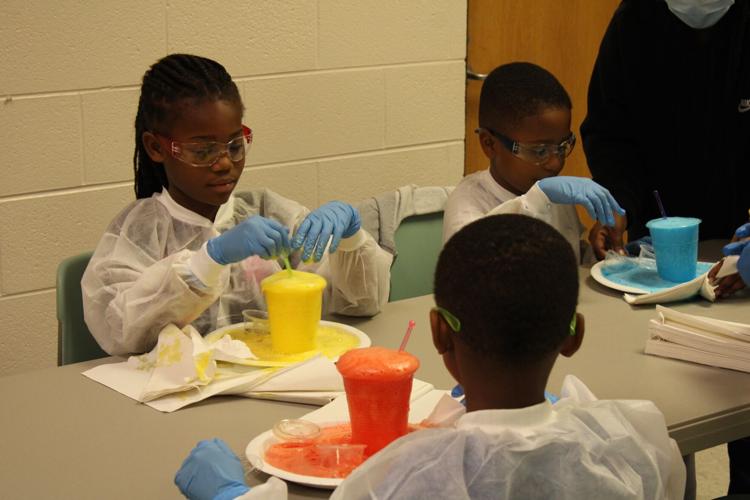 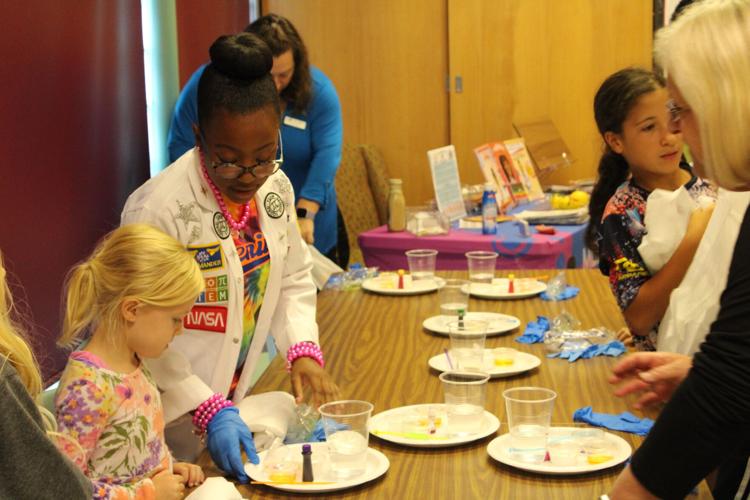 Ava Simmons leads the Team Genius Squad in a fun experiment at the Roanoke Rapids Library.

A Durham, NC native, Ava is a 9-year-old S.T.E.M. ambassador, entrepreneur, author and creator of Team Genius Squad. Her self published book, “Ava Discovers Her Inner Genius Using S.T.E.M.”, was read to parents and children.

Her visit to the Roanoke Rapids Library is a part of Team Genius Squad’s Literacy and S.T.E.M. Tour. The literacy part of the experience included Ava reading a part of her book to the crowd, as well as discussing a bit about her experiences writing and publishing the book.

Ava spoke about her diagnosis with a reading disorder in 2020 and how she used S.T.E.M. to overcome those challenges. She hopes that in doing so it’ll encourage other kids like herself to not give up.

“You should never let your challenges define your future,” Ava says, which is the key quote for the tour.

With more than 10 kids and their parents in attendance at this stop alone, Ava expressed how happy and excited she was to see the new faces.

“Interacting with the kids is so exciting,” Ava said. “You get to see so many new faces and you never know who you’ll run into.”

After reading her book and showing kids how they can create their own published work, Ava led the small group of “geniuses” (as the group was called, a call-back to Team Genius Squad) to the S.T.E.M, segment of the program.

During the STEM part, parents and children took part in an experiment on acid based reactions. Each participant was given safety equipment, such as a smock jacket, goggles and gloves, as well as their own work station. Ava’s grandmother helped with setting up each station.

“Are you all ready to have some fun and make a reaction?” Ava asked the crowd as they began their experiment.

Ava led the group through the experiment while showcasing the reaction with 4 different beakers - each a different color. The children and parents mixed together dish soap, vinegar, glitter, food coloring and baking soda to create colorful foam “volcanoes.” Each genius was given a Team Genius Squad badge as a symbol of completing the activity.

After the experiment, everyone was able to take pictures with Ava, as well as look at and purchase her books and other experiment kits. The books and kits included: an experimental walkthrough coloring book; “Ava Discovers Her Inner Genius Using S.T.E.M.”; a lemon-light experiment and more. Children were also able to get Ava’s autograph in their books.

Ava, who had visited the library in September to see her book on the shelves, discussed how exciting and important it is to visit the libraries.

However, Ava wasn’t the only one ecstatic about the S.T.E.M. Princess’ visit to the library.

“He’s been saying that he can’t wait to get here and meet her,” One child’s parent remarked during the Q&A session of the reading.

Ava will be going to other libraries across North Carolina on her Literacy and S.T.E.M. tour and has dreams to one day open a S.T.E.M. tour truck. The truck will allow for Team Genius Squad to do experiments and community outreach with other kids while on the go.