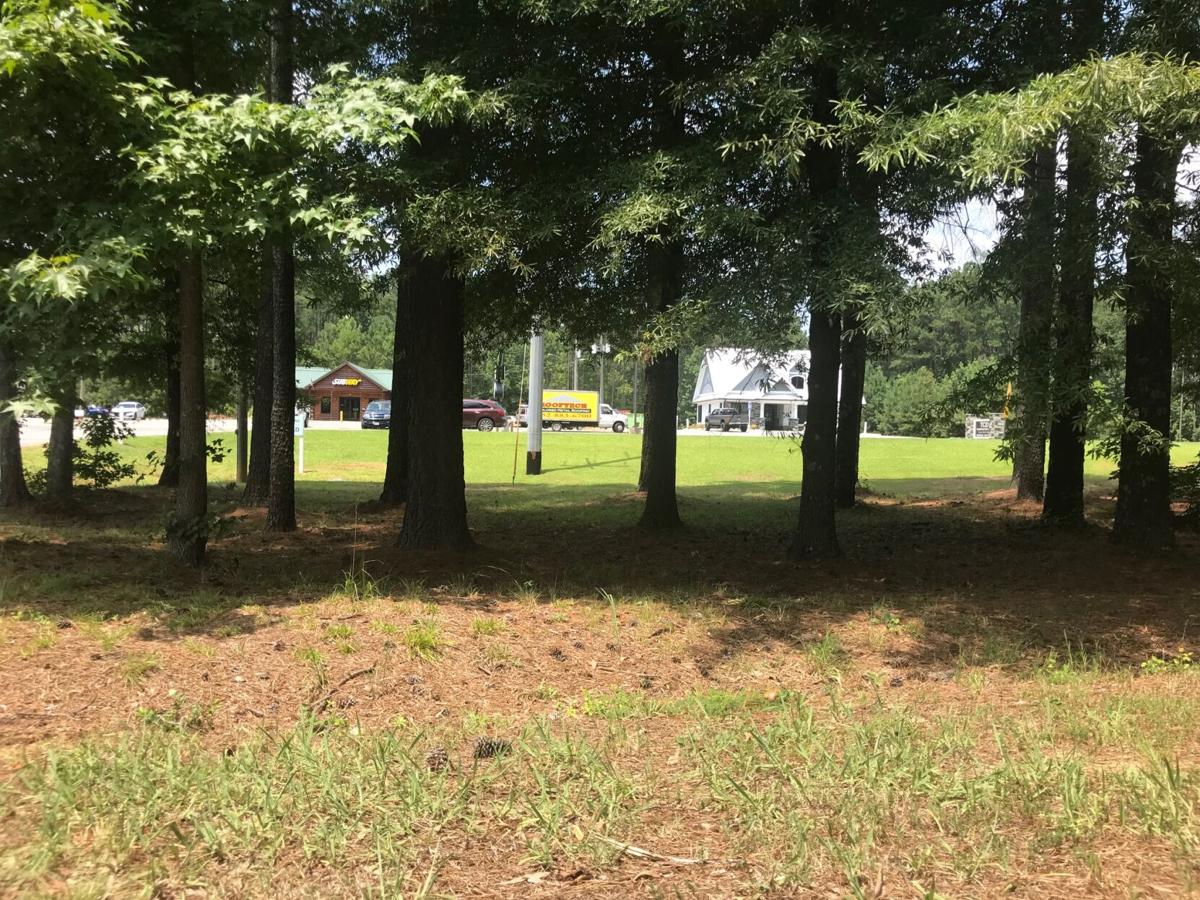 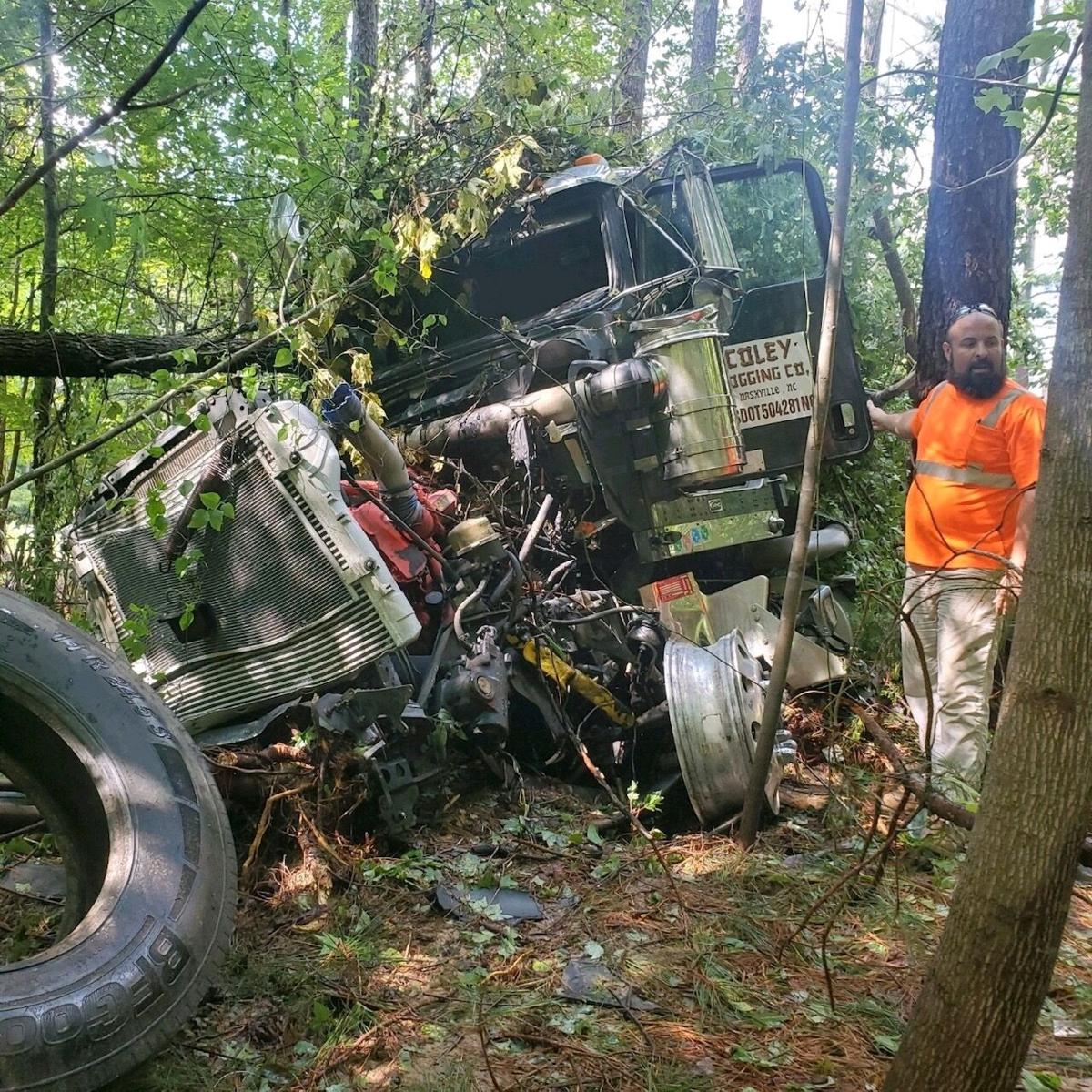 A log truck crashed into the woods adjacent to Lake Gaston Baptist Church on Tuesday, July 27. 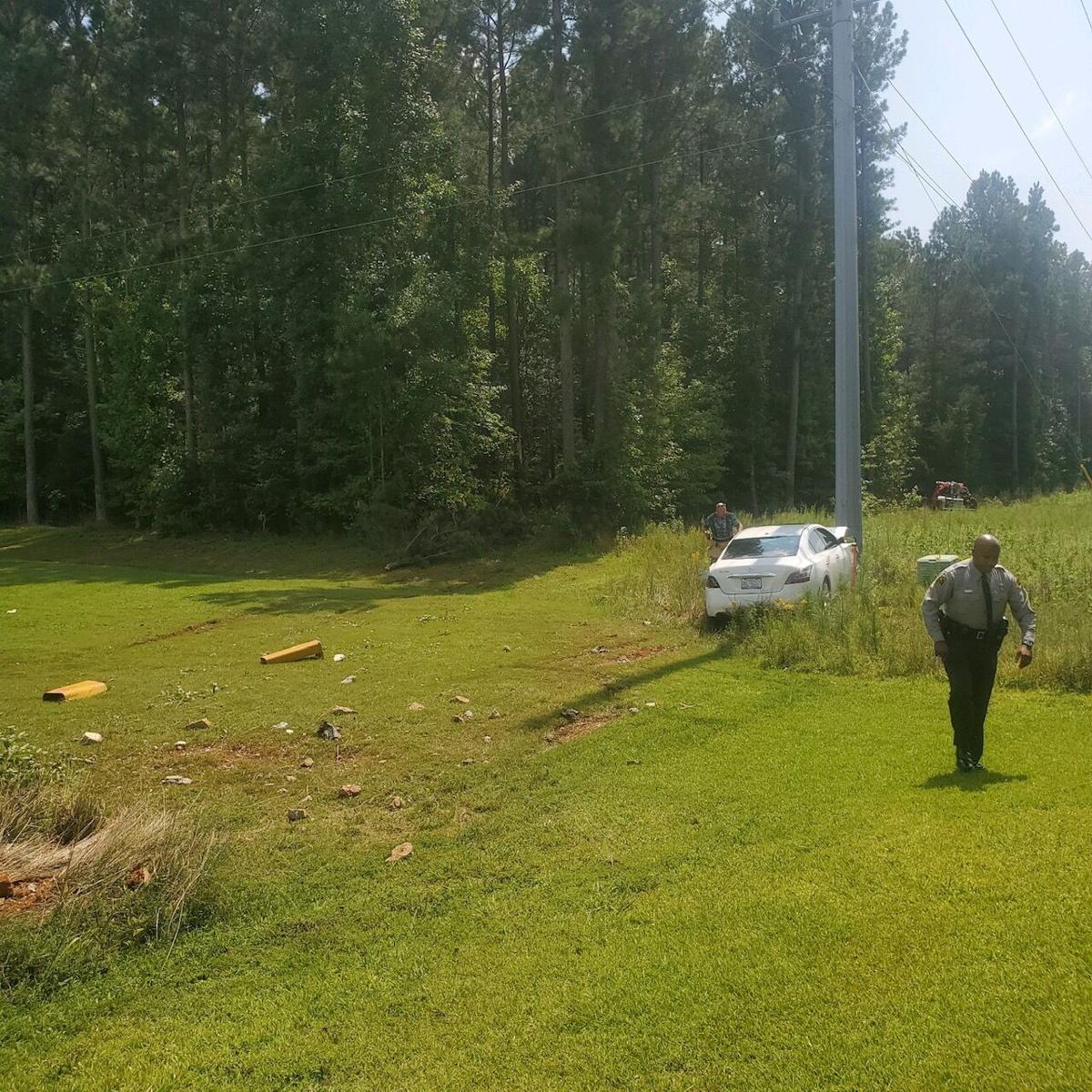 A sedan was also involved in the wreck.

A log truck crashed into the woods adjacent to Lake Gaston Baptist Church on Tuesday, July 27.

A sedan was also involved in the wreck.

From the lobby of his workplace Coldwell Banker Advantage of Lake Gaston, Scott Watson knew the roaring sound of a tractor trailer’s brakes locking meant trouble.

Watson, and others, rushed to the scene of the two-vehicle wreck on the afternoon of Tuesday, July 27 that resulted in 63-year-old Bobby Harris of Macon being airlifted to Vidant Medical Center in Greenville. Without the rapid aid of passersby and nearby employees like Watson from the cluster of businesses across Eaton Ferry Road from Lake Gaston Baptist Church, Harris might not have left the woods, where his log truck that was hauling an empty trailer violently crashed, alive.

“There’s just no way around it,” Watson said. “It’s a miracle that he was alive at the point which we got to him.”

The wreck occurred around 2:30 p.m. on Tuesday when Harris’ truck and the car behind it, headed towards the Eaton Ferry Bridge, both went around to pass another vehicle in front of them. The log truck trailer and the passing car behind it became entangled, prompting Harris’ rig to go skidding into the woods adjacent to Lake Gaston Baptist.

When Watson heard the sound of the brakes locking, he ran outside and glimpsed the truck careening into the woods before immediately darting back inside his office and shouting for someone to call 9-1-1. He yelled for coworker Adam Woodruff to grab his keys and the two drove to the scene, and were the first to arrive in the woods, where the mangled cab of the truck had come to a halt and caught fire.

“The engine of the truck was on fire at that point already and you cannot see into the cab of the vehicle,” Watson said. “So I went underneath the log bed around to the other side and that’s when it was clearly obvious that he had gone through the windshield and was actually hanging over into the engine bay.”

The badly-damaged engine bay was flaming and Harris was unconscious as Woodruff left the woods to retrieve fire extinguishers.

Watson recalls an unidentified man who had stopped his box truck along the road to help as one of the first to respond - the man set out to extinguish the flames with a small extinguisher.

Watson and others realized Harris was breathing and that they had to remove him from the truck due to the fire and smoke. They did, as more volunteers came with extinguishers. By the time Harris was pulled past the wood line, emergency personnel had begun arriving. Longbridge and Roanoke-Wildwood volunteer fire departments answered, as did Warren County Rescue Squad and the North Carolina Highway Patrol.

“It was amazing to me that he was even - I honestly don’t know how he survived the actual incident itself just because of how much damage was done to the vehicle and how many trees he went through,” Watson said. “But God willing, he was alive when he left. He got up and walked to the EMS - I don’t know how.”

Volunteers, including Randall Robinson of nearby Pointe Realty, sought to keep Harris’ body stable and still, but the driver didn’t want to stay down after coming to from shock. “He was a fighter for sure,” Watson said.

In a post that received a substantial amount of interest on Facebook, Lake Gaston Coffee Company wrote of one of its young employees, Madison Clary, “Madison was working in our shop this afternoon when a bad traffic accident occurred almost directly in front of our store. I don’t have all the details but there was a fire and Maddy ran to the accident with a fire extinguisher. She apologized to me later that she left the shop unattended. Nothing we sell is more important than offering emergency assistance. I’m glad Maddy stayed safe and I pray the best for those involved in the accident.”

Watson wishes he knew the name of every person that helped, but the entire ordeal became a haze, and the volunteers’ primary concern was getting Harris to safety. The man on the box truck, in particular, played a pivotal role, Watson said.

“We’ve got great folks here,” Watson said. “And that’s what I’ll say. If it hadn’t happened where it happened, I’m not sure the same things would have ensued because it’s such a busy area there that there were lots of fire extinguishers around the area, which helped. And there was a lot of traffic. It was the middle of the afternoon. There was a lot going on.”

Watson praised the response of local emergency personnel and urged for caution on the lake’s roads as the area continues to develop.

The difference between life and death in these scenarios, Watson learned, can be razor thin.

“It wasn’t just me,” Watson emphasized. “It was a collective effort. There were other guys there that were very instrumental in assisting and I think that needs to be known as well. Everybody that came over to the truck was in disregard for themselves. That’s how it should be and that’s what I would expect it if I was in that truck.”