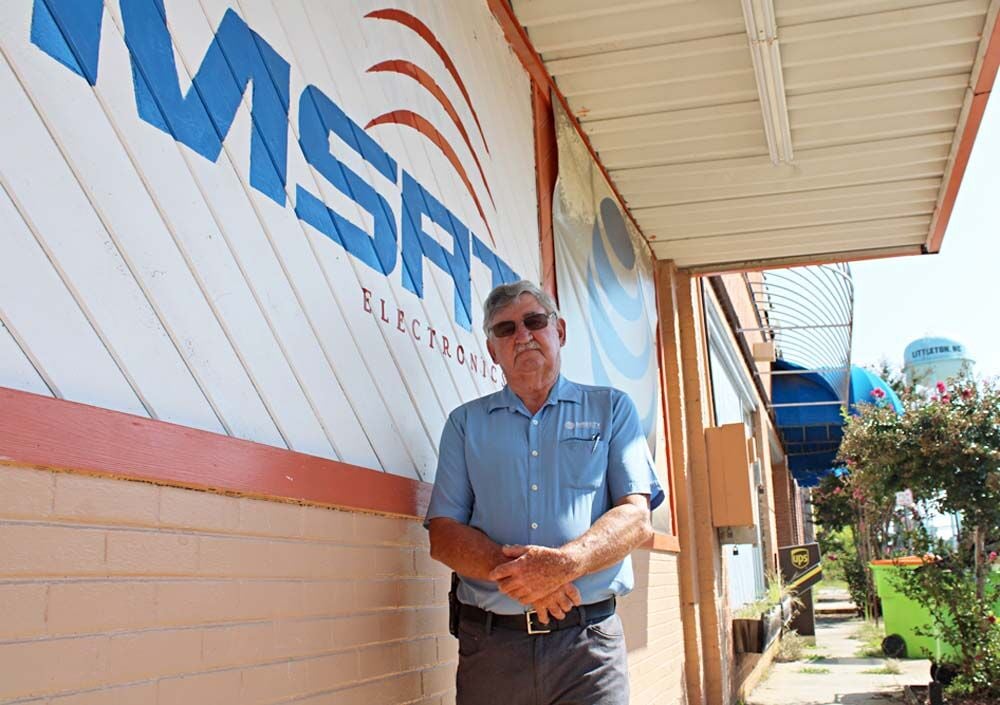 Gearl Mullins Sr. founded his electronics business in Vaughan and later expanded into Littleton in the mid-1980s. 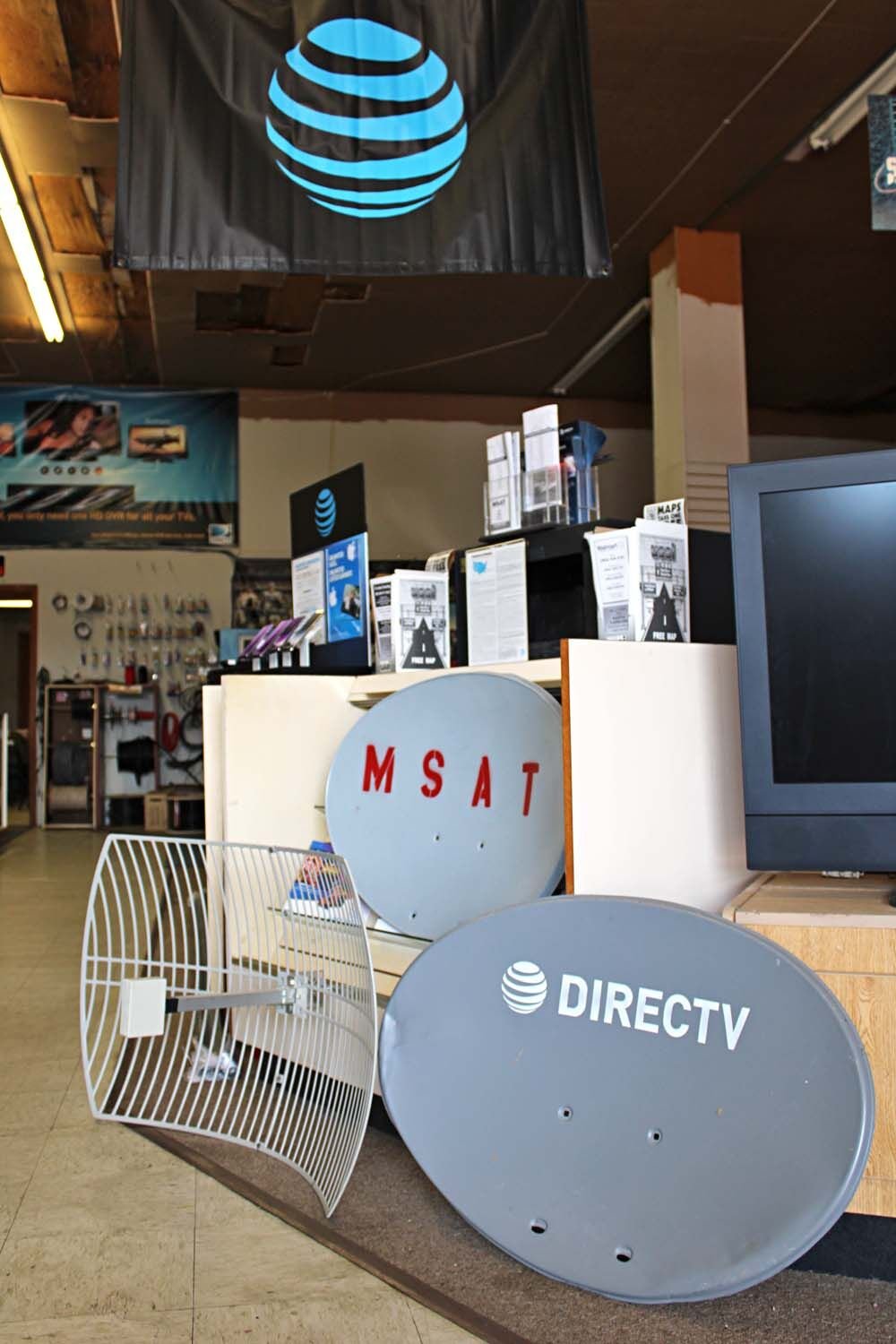 Littleton’s MSAT Electronics, an authorized agent of DIRECTV, has witnessed the birth and growth of satellite TV from the business’s founding in the early 1980s. Reach the store at 252-586-5832. 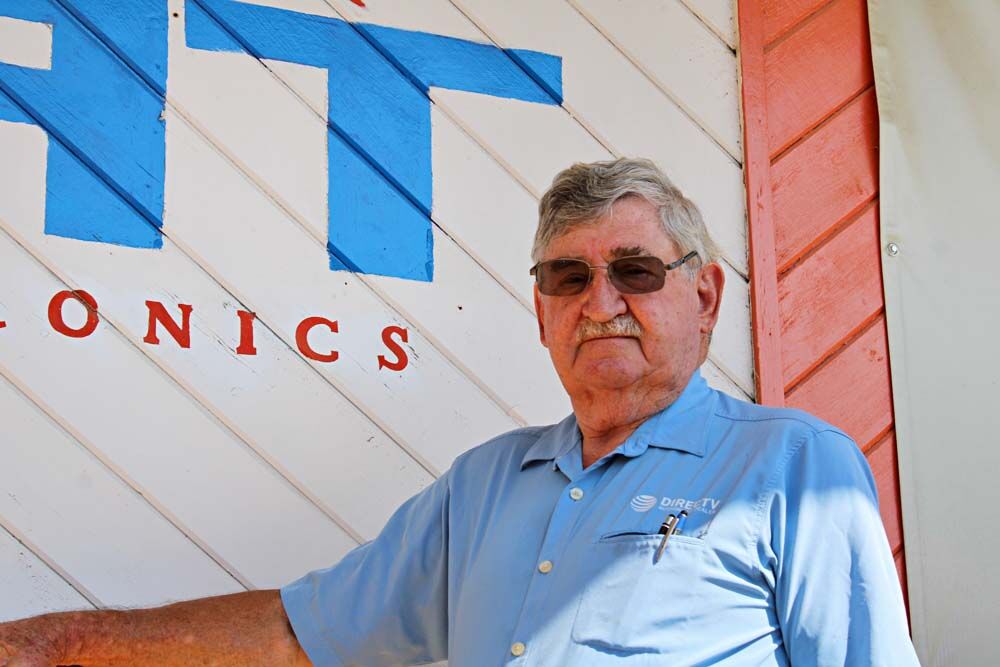 Gearl Mullins Sr. founded his electronics business in Vaughan and later expanded into Littleton in the mid-1980s.

Littleton’s MSAT Electronics, an authorized agent of DIRECTV, has witnessed the birth and growth of satellite TV from the business’s founding in the early 1980s. Reach the store at 252-586-5832.

LITTLETON - Understanding the history of MSAT Electronics in downtown Littleton means grasping the evolution of various forms of technology from the early 1980s to present day. The two concepts are intertwined. Forty years after starting his first store in Vaughan, the story of this business is far from over for founder Gearl Mullins Sr., a Lake Gaston resident, and his son and business partner Gearl Mullins Jr. Why? Because their story is about adapting, and staying with the times in an ever-changing landscape that has reshaped so many aspects of society around the world.

From their days with Radio Shack to now serving as authorized agents of DIRECTV, they’ve been keeping up with the times around these parts since the residential areas of Lake Gaston were marked more so by casual cabins than colossal lake homes. Gearl Sr. recalls traveling to Mississippi to pick up his first satellite dish, which spanned about 12 feet, and having to hire an engineer to get the thing to work. Consumers were lucky to get a dozen channels to come through back then.

They did get that satellite working, and “the rest is history,” according to Gearl Jr.

“We’re still here,” Gearl Sr. said, referring to the sea of changes that would flow their way. “That’s all I can say.”

Staying with the technology also means being able to service it, and that has been the core of MSAT’s business model. Gearl Jr., in particular, has a number of certifications related to installation or other services, and his dad has been in this line of work since he began working his way up the ladder at Radio Shack in Norfolk, Va. following service in the Navy.

“We sell just a variety of general consumer electronics and then stuff that supports us in the field,” Gearl Jr. said of MSAT, which is located at 212 E. South Main Street, near Casa Mia’s.

MSAT offers computer/networking and technology support, which can be especially valuable to rural areas. They venture many miles out of Littleton; east toward Jackson, west toward Warrenton and north into Southside Virginia.

“The biggest thing I can say as a company is we go out and install,” Gearl Sr. said. “We install televisions. We hang them on the wall, fireplaces, places that nobody else would touch. We’re certified in that department. Face to face.”

“We help customers from the smallest thing to the extreme,” Gearl Jr. added. “We help them on all different fronts. They appreciate that.”

Support can be as simple as helping someone set up their email account to expanding a customer’s Wi Fi access from their house to their boat dock. MSAT also does commercial work - an example is installing satellite service for a hotel, which can range from 40 rooms to two or three times that.

MSAT aims to meet whatever the customers’ needs are, and those needs can vary. The name “MSAT” breaks down as “Mullins Satellite, Antennas, and Telephones.” They added “Electronics” to the title later on to be more all-encompassing. Satellite TV service is still popular in Littleton, but so is streaming, and MSAT can help with either of those (DIRECTV has its own streaming service called DIRECTV STREAM). They still consistently sell antennas for home TV service and on a recent August Saturday, Gearl Sr. was off to Bracey to repair an RV’s satellite that had been damaged in a storm.

For MSAT, maintaining a successful business hasn’t just been about reacting to technology trends; it has also meant staying ahead of the curve and making shrewd decisions. They’ve been with DIRECTV since the inception of the company in the early 90s, long before it morphed into a mega brand.

Some of the most recent buzz in the tech world has involved Starlink, developed by SpaceX to provide unlimited satellite internet around the world at super speeds. While not an agent of Starlink, MSAT does offer support and installation, has already installed one unit, and has fielded a significant amount of local interest in the new service.

Is Starlink the next big thing? Who knows. But it is a reminder of how life has changed since Gearl Sr. selected Lake Gaston as his rest and relaxation hideaway in 1980, then as a traveling district manager for Radio Shack.

“There’s no more cabins,” Gearl Sr. said. “Cabins are a thing of the past. It’s mansions. Internet. Satellite. Cellphones. It’s just a whole different world. But we were able to stay with the technology.”