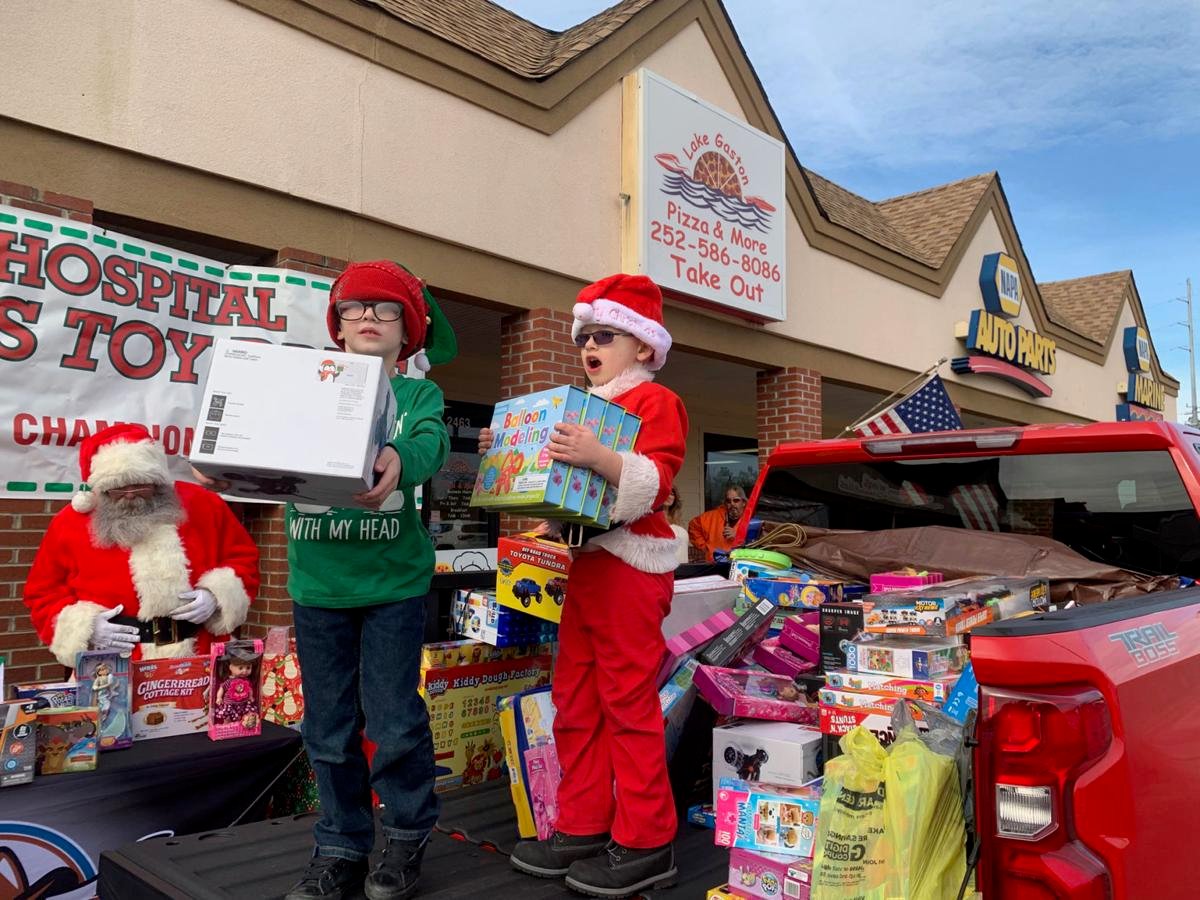 Jenson Killian, left, and Junior Champion excitedly unload an entire truckload of toys given by an anonymous donor. 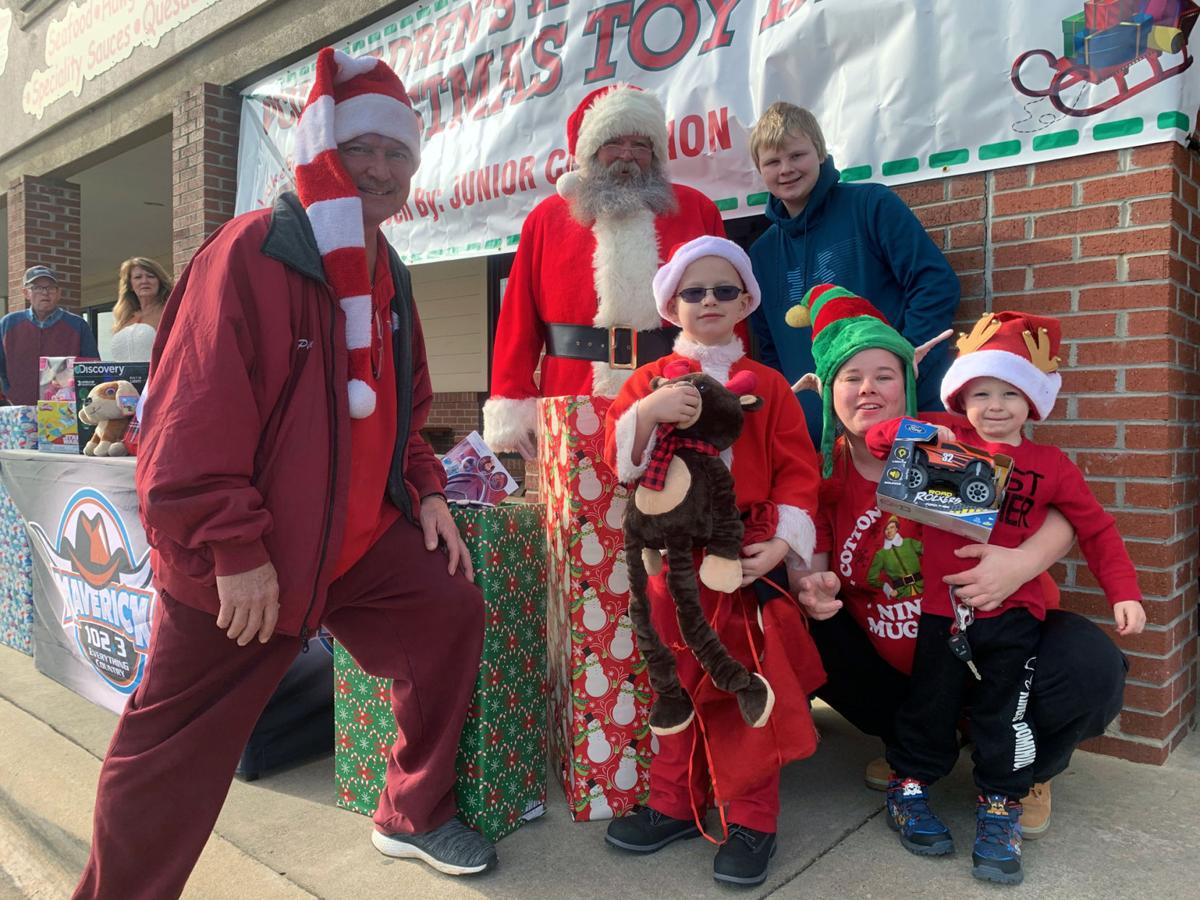 The gang in front of Lake Gaston Pizza during the final push of the toy drive. Pictured from left to right, front row: Pete Richardson and Junior, Amanda and Levi Champion; back row: Santa Claus and Matthew Champion.

Jenson Killian, left, and Junior Champion excitedly unload an entire truckload of toys given by an anonymous donor.

The gang in front of Lake Gaston Pizza during the final push of the toy drive. Pictured from left to right, front row: Pete Richardson and Junior, Amanda and Levi Champion; back row: Santa Claus and Matthew Champion.

Key people present at the event included 8-year-old Junior Champion, dressed in a Santa costume; his younger brother Levi, 3, wearing a Santa hat with antlers; his older brother Matthew, 14; and his mom and dad, Amanda and Chris.

Other big-name personalities present were Karen Hall of Maverick 102.3 WPTM radio station in Roanoke Rapids, who was dressed like Rudolph; Santa Claus, who was letting children sit on his lap and get their picture taken; and Pete Richardson, owner of Lake Gaston Pizza and Dat Seafood Place in Roanoke Rapids.

“The drive has been going on for months,” said Richardson. “This was our final push, and we couldn’t have been more pleased with the results.”

On this final day, an estimated 250 people donated hundreds of toys. All total, the number of toys donated to sites in Roanoke Rapids, Lake Gaston and South Hill, Va., was around 750.

The toy drive, now in its third year, was actually Junior’s idea. He has significant health issues that cause him to spend a great deal of time at VCU Children’s Hospital in Richmond, Va. As a result, he has gotten to know the children there.

In 2017, he contacted Richardson and told him he’d like to have a “special day” for the other children hospitalized there, and then have a toy drive later in the year. This way the children who couldn’t be home for Christmas would have toys to open.

“When Junior and I started talking about it, I saw myself as the catalyst to support his mission,” Richardson said.

During the event, an anonymous donor drove up in his bright red truck with the entire bed filled with toys.

“He has already given two huge boxes of toys,” Richardson said of the donor.

With the help of adults, the excited Champion boys and other children unloaded the toys and placed them in a U-Haul trailer donated by Lake Gaston Mini Storage that would be used to transport the toys to VCU.

Rebecca Killian and her son, Jenson, 6, of the Lake Gaston area, gave three toys. Jenson said he came with his mom to the event because he wanted to see his friend, Junior. Perhaps he met Junior at Meherrin-Powellton Elementary School, a public school in Lawrenceville, Va., where Amanda excitedly said Junior is “actually attending” for the first time.

Richardson said Maverick 102.3 WPTM had been running free radio advertising about the toy drive and the final push event.

Talk show personality Karen Hall on the station’s Morning Maverick Show said she was happy to be at the event because it is “one of our ways of giving back to the community.”

“I wanted to spread some holiday cheer and make people smile, even if just for a little while,” she said.

Richardson and Junior hauled the trailer filled with toys to Richmond on Monday, Dec. 23, where they delivered them to children staying at VCU Children’s Hospital there.