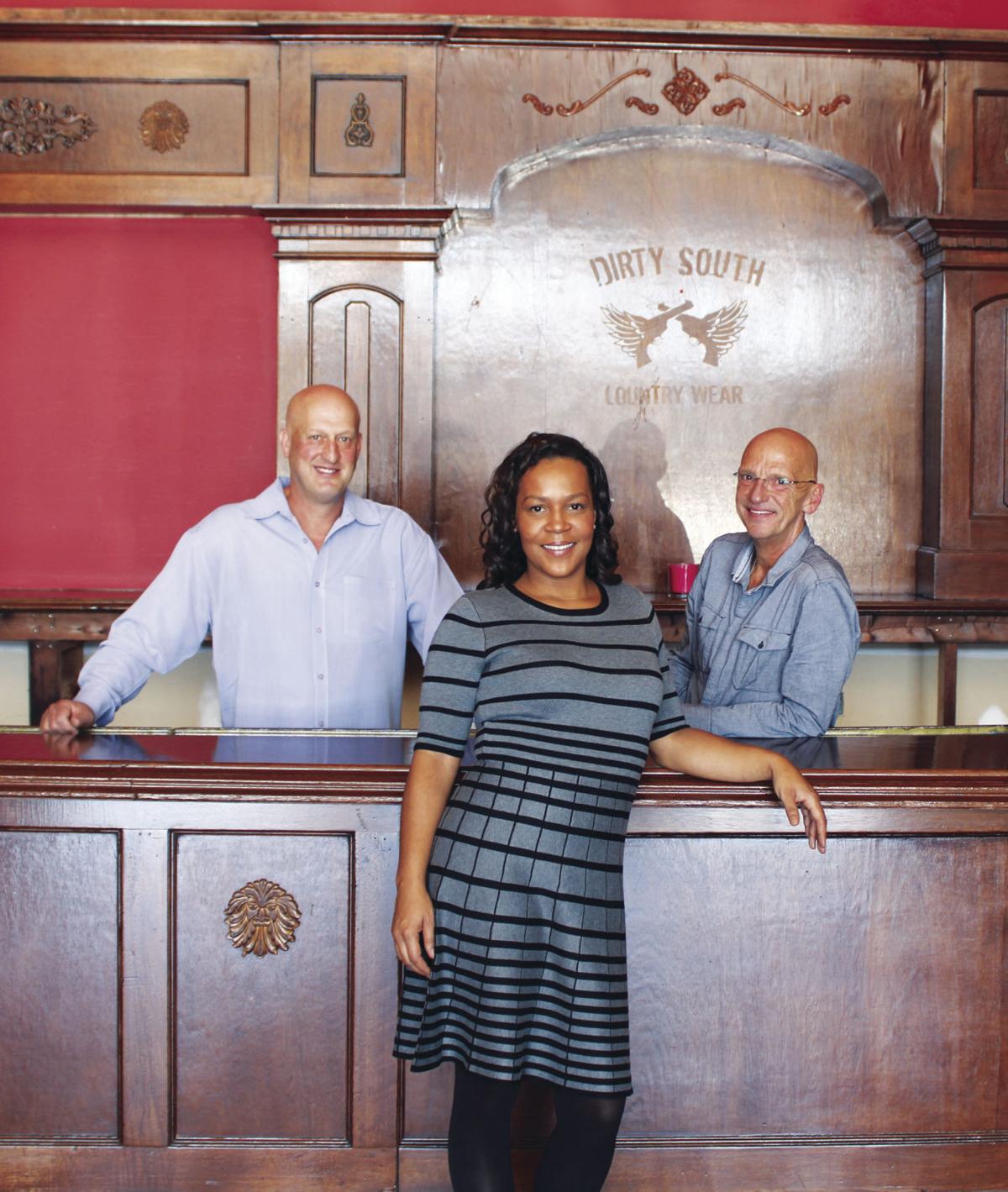 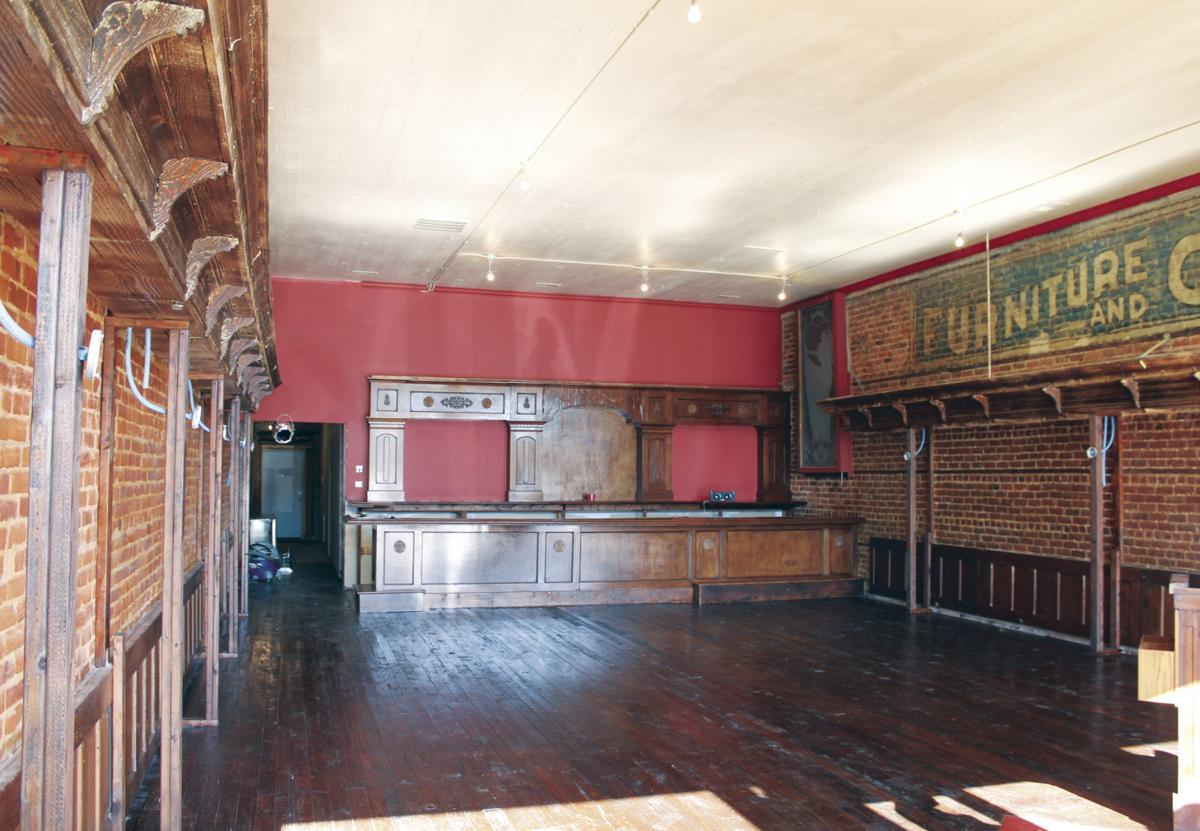 The interior of Downtown is rich in exposed brick and historic wood. The building was originally a dry goods store. 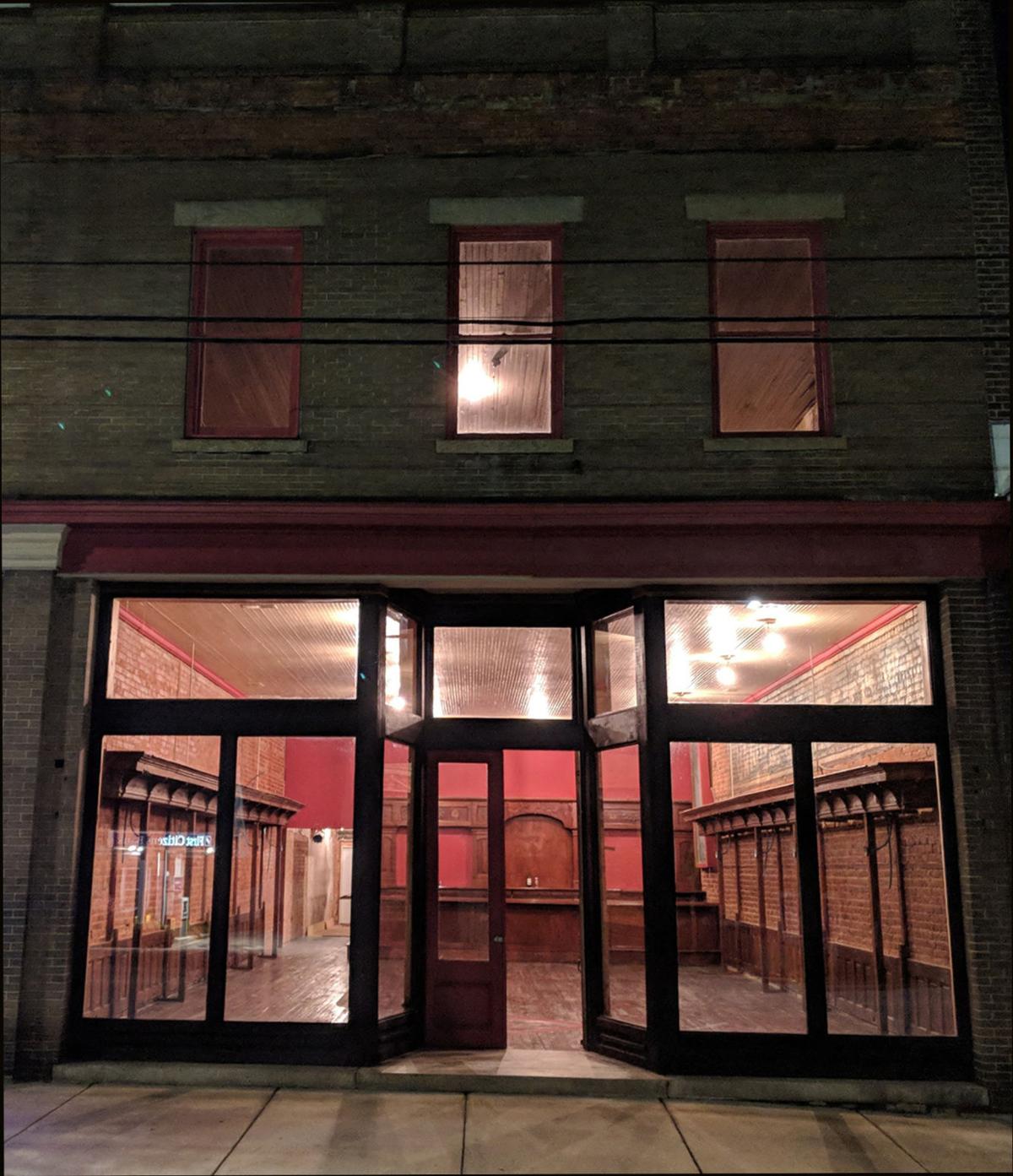 The interior of Downtown is rich in exposed brick and historic wood. The building was originally a dry goods store.

Building owner Mike Clark purchased the building in February and put in about three months of “grunt work,” refinishing the floors, cleaning up brick, staining the 1940’s-style bar, and putting on a new roof.

Clark wanted the space to become a sports bar, and after some searching, found Erika Wood and Jerry Lancaster, who were interested in taking on the project.

Originally from Steubenville, Ohio, the couple moved to Roanoke Rapids for Lancaster’s work in the auto business.

When Wood and Lancaster came through, Clark decided they were the right people because of Wood’s energy and Lancaster’s business mind.

The space is about 5,000 square feet upstairs and down. TVs will be mounted on the top parts of the walls and above the bar. A spotlight will shine down on the bottles, and there will be giant mirrors to fill the empty spaces behind the bar. The couple plans to build dueling stages in the front windows that will be fitted with couches and coffee tables when there isn’t entertainment. Tables will line either side of the restaurant and bar that will emphasize the historic charm of the building.

Lancaster said there will be a pool table somewhere in the middle, cornhole boards, a dart board, and jukebox somewhere mixed in.

Wood said that they decided on a sports bar vibe because, “Everyone is a football and basketball fans around here. They need someplace to sit down, have a nice meal, have a drink, and enjoy the games.”

The couple plans to open for breakfast, lunch, and dinner with bar standards like wings and burgers, but also old country favorites like grits, greens, and beef and gravy, influences that come from Wood’s childhood.

Lancaster said that he wants to have a craft beer rotation with a couple of domestics and imports on tap. His go-to drink is vodka cranberry; Wood’s drink is a “seawater” that she wouldn’t divulge the recipe for.

Wood is an entrepreneur, but has also spent a lot of time in the service industry. She plans to build a cocktail menu that has both high-end and easy drinks with a “something for everyone” flare.

“We listen when people talk, and we are going to cater to what they want,” said Lancaster. “As far as what we serve and the entertainment, we are going to do trial and error and do what the area wants. Because it’s seasonal, we’re going to get different flavors at different times of the year. If we don’t adapt to what the clientele wants, it will cost us down the road.”

Wood wants to open as soon as possible, but Lancaster forecasts the establishment won’t be ready until spring.

“First impressions are everything,” said Lancaster. “We want to make sure we are at 100 percent before we open.”

Lancaster, Wood, and Clark said that the community support has been incredible, and it hasn’t stopped since Wood posted a preview picture on Facebook last week.

Clark said the town is behind them, from the commissioners and the mayor to everyone in zoning and the police department.

“We went through the proper channels to make sure everything is good. We checked on the ordinances, and everything is clear,” he said.

“Downtown” plans to open with a staff of six full-time positions: two cooks, two servers, and two bartenders, with Wood managing. They are not hiring yet, but the inquiries have been rolling in, according to Wood. The couple is certain they will be able to fill every position well in advance.