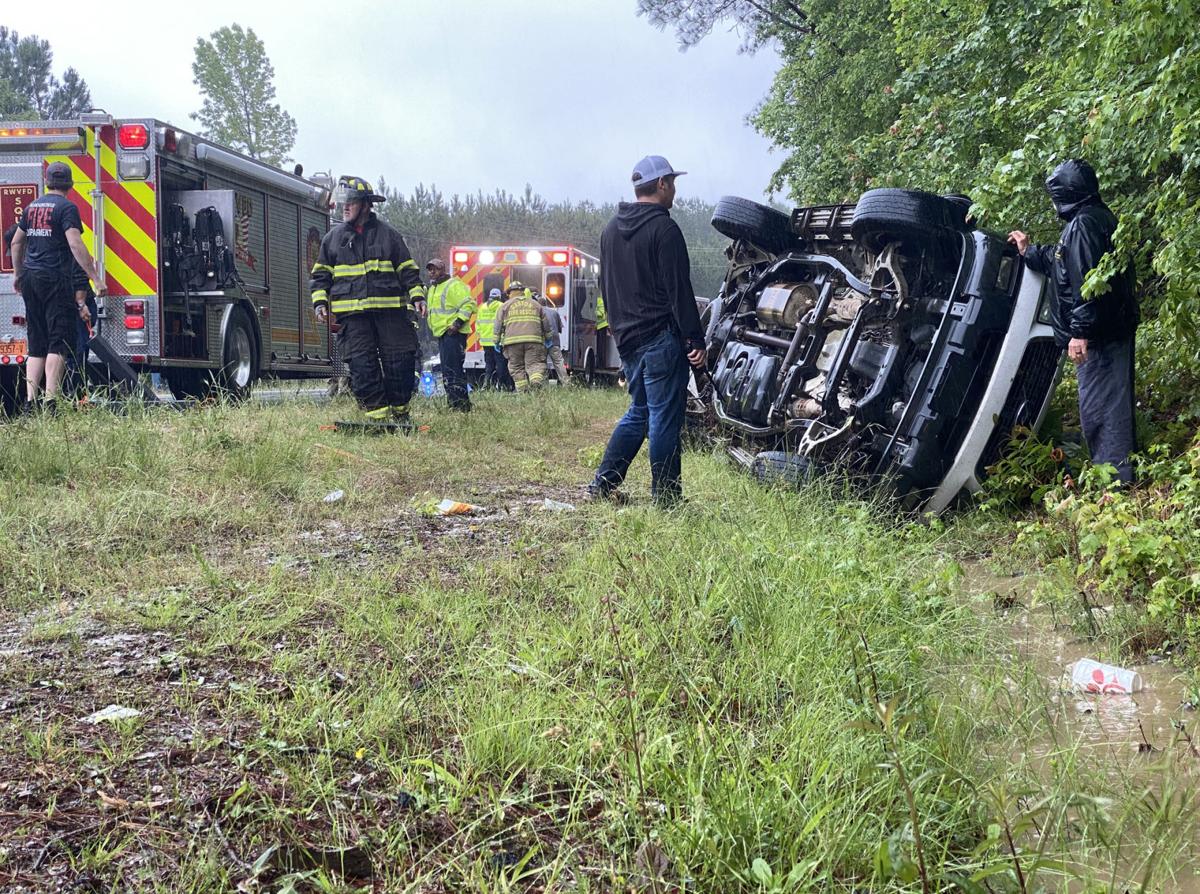 Emergency responders from several departments work together to free the driver of an overturned vehicle last Thursday on River Road. 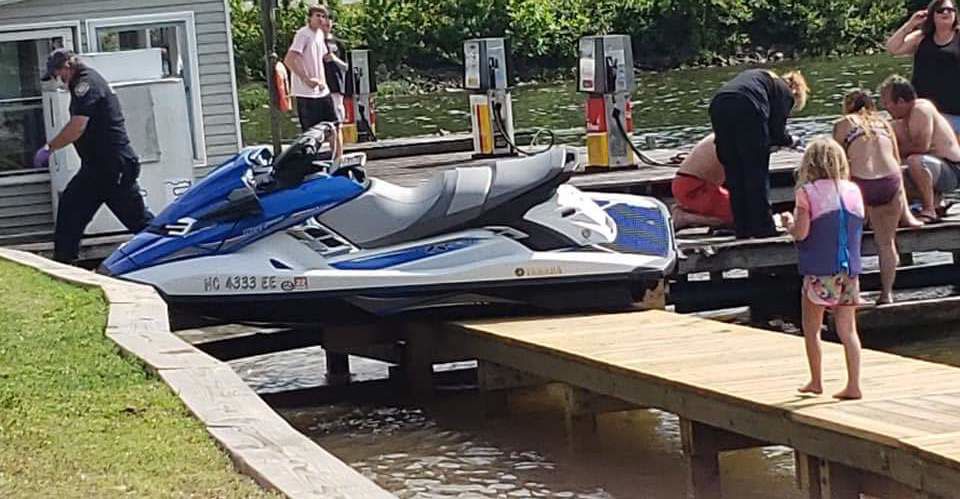 A jet ski was launched onto the fueling dock at Washburns Marina after the throttle got caught open. One woman was airlifted to Vidant after the incident. Photo courtesy of Donnie Parker

Emergency responders from several departments work together to free the driver of an overturned vehicle last Thursday on River Road.

A jet ski was launched onto the fueling dock at Washburns Marina after the throttle got caught open. One woman was airlifted to Vidant after the incident. Photo courtesy of Donnie Parker

“Memorial Day and Labor Day is always crazy, and unfortunately, it’s becoming a norm because of so much traffic,” said Chief Lorenzo Wilkins of the Roanoke-Wildwood Volunteer Fire Department. “Last year we had about eight calls for the whole weekend. We gear up for it and plan around it because we know the pager is going to go off. We make sure we are in place because of that.”

Roanoke Wildwood VFD, Gaston EMS, and the Northampton County Sheriff’s Office responded to a call for an overturned vehicle last Thursday afternoon on River Road near the post office.

The sole occupant and driver of the vehicle was able to assist the volunteer fire departments in what Captain Brandon Hodges of Roanoke-Wildwood VFD described as a self-rescue.

“She was alert, conscious, and able to communicate with and aid us,” Hodges said.

The vehicle was lying on the drivers side in the grassy shoulder facing traffic, but off of the road. Wilkins suspects that the driver ran off the road, overcorrected and lost control. The wet ground and rain more than likely played a factor in the accident that briefly held up traffic on that part of the road, he said.

On Saturday afternoon, Roanoke-Wildwood VFD responded to a call about a jet ski accident near Washburn’s Marina on River Road.

Wilkins said that a female jet skier was preparing to pump gas and a tie down rope got caught around her throttle, propelling the jet ski over the dock and into the grass, throwing the rider.

Northampton County EMS and Gaston EMS were also on scene and stabilized the jet skier, and assisted by Roanoke Wildwood VFD, transported her to a landing zone Wilkins and his volunteers set up at the Roanoke-Wildwood VFD.

She was transported by medical helicopter to Vidant.

After finishing up at the landing zone, Wilkins said they were then paged to a two-car accident on River Road near Washburn’s Marina.

“One car pulled out in front of another, causing a T-bone type accident,” he said.

Wilkins said that there were no injuries, but the accident blocked the road for a while on Saturday evening. Northampton County EMS, Gaston EMS, and N.C. Highway Patrol were also on scene.

On Sunday evening, Wilkins said Roanoke-Wildwood VFD was paged out to Washburn’s Marina for an overturned boat but was called back. Wilkins continued on to verify the scene was under control.

Wilkins said that a boat carrying three people sank because of a plug being left out. The three occupants were picked up by another boater, and N.C. Wildlife was on the scene to handle the boat recovery.

Wilkins said that luckily there were no calls on Memorial Day, but unfortunately, the amount of calls he expects is the new normal for Lake Gaston on a holiday weekend.