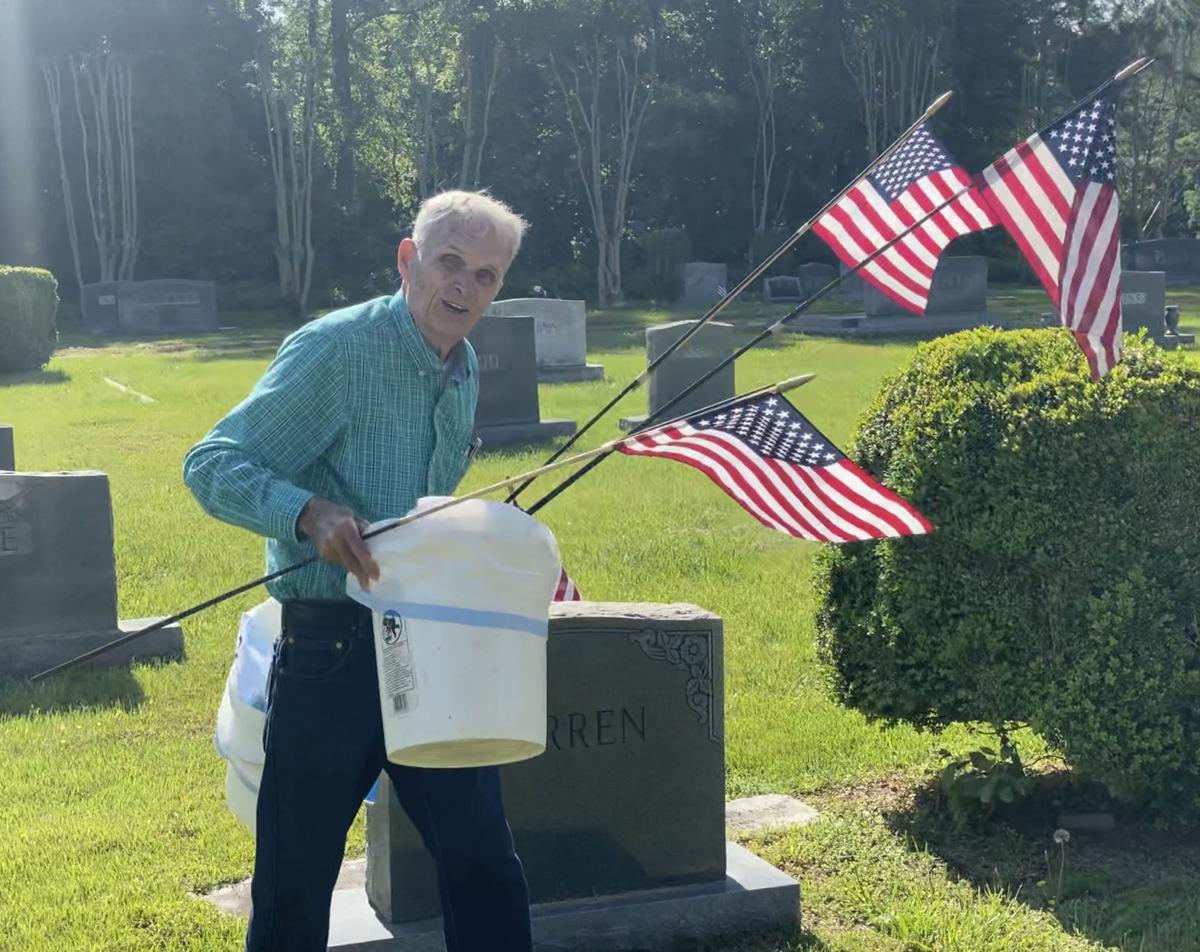 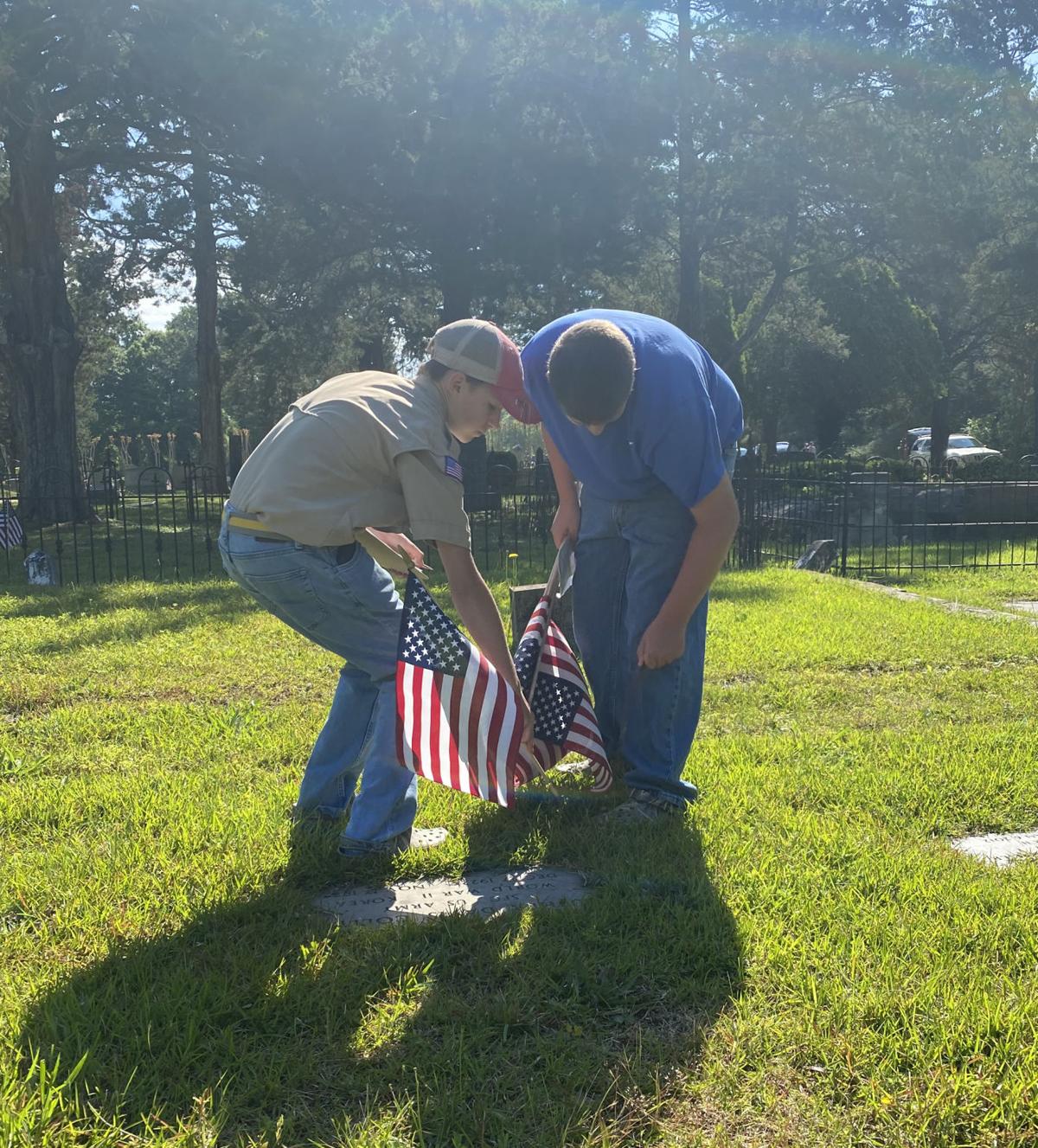 Boy Scout Alex Clary, left, with his friend Aiden Renn install flags on the graves of veterans by using a large spike to create a hole before inserting the flag. 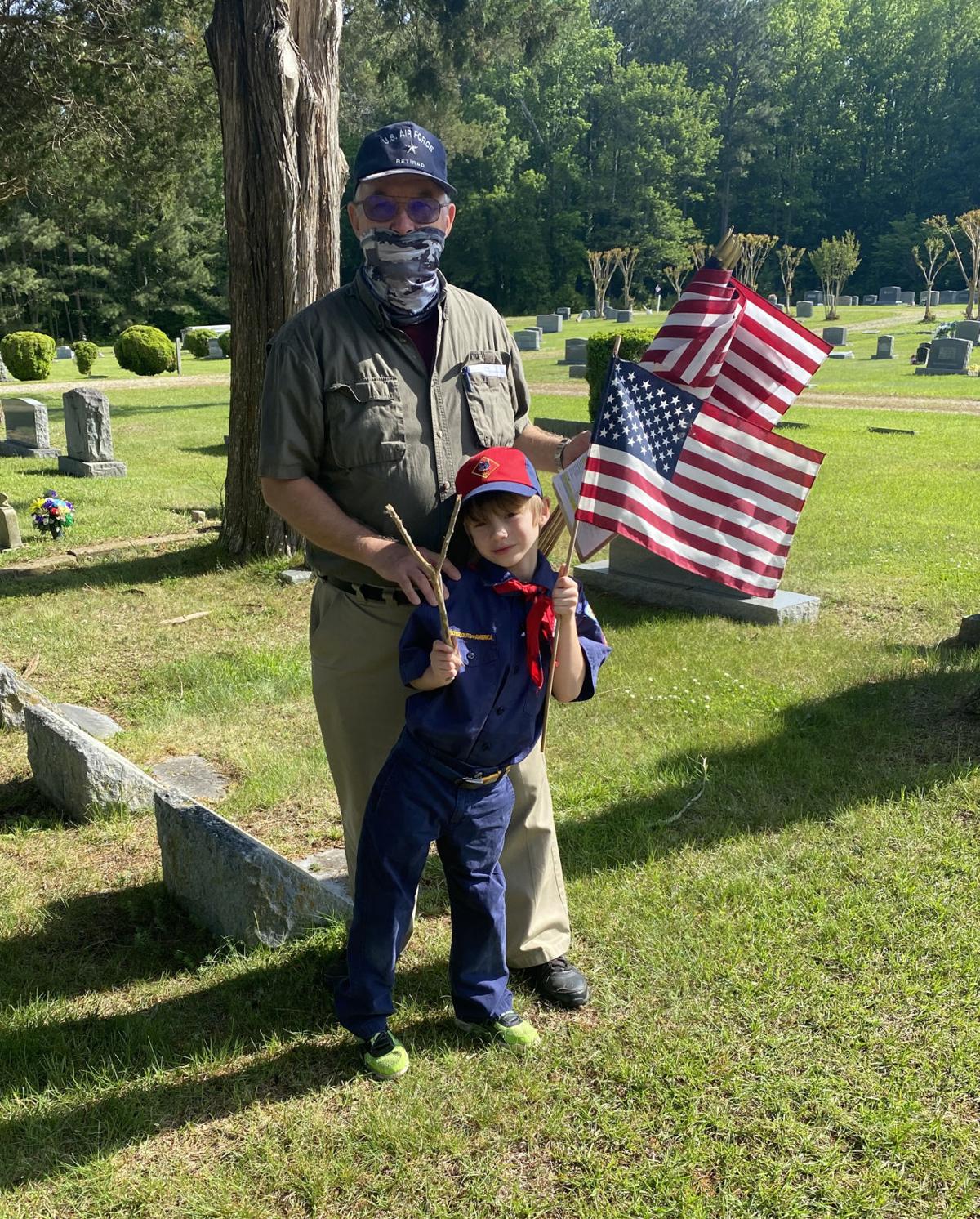 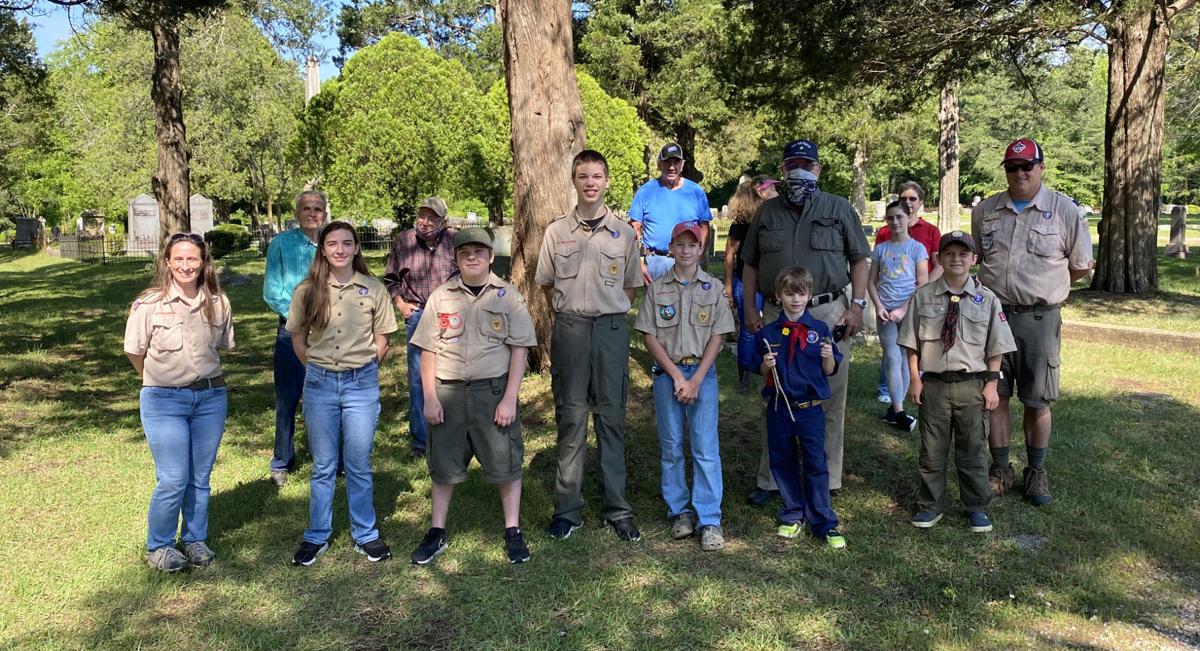 Boy Scout Alex Clary, left, with his friend Aiden Renn install flags on the graves of veterans by using a large spike to create a hole before inserting the flag.

“We’ve been doing this for a number of years and as far as I’m concerned, this year is probably the most important year for us to put the flags out because of everything that’s going on in our country right now,” said commander of Horace Palmer American Legion Post 308, Dick Cole.

The Legion, represented by Cole and Chaplain Frank Gupton, was accompanied by a handful of Boy Scouts, Cub Scouts, and their families to place about 225 American flags around the Sunset Hill Cemetery on Saturday morning.

Cole said that the Sunset Hill Cemetery is the city cemetery and that a special mission’s group of scouts along with their grandfather previously found and decorated the graves of veterans located in the adjoining family cemeteries and an abandoned cemetery nearby.

“The men and women that we are recognizing by putting the flags out raised their hand and put their lives on the line for our country. Some of them died during the conflicts that they were involved in, and some of them came back home and have not since passed away and were buried here, and we are remembering them today,” said Cole. “The reason for me, why it’s so important, is because there are national cemeteries in our country that will not be able to have flags put out because of the coronavirus and the lockdowns. Those graves are not going to have flags on them. We are lucky that we were able to get permission and come up with a way that we can social distance and get the flags out for our veterans. These Cub Scouts and Boy Scouts have been helping us for quite a while, and it is really great.”

Cole said that the city of Littleton gave the Legion permission, and Cole was able to utilize the help of the scouts as long as social distancing guidelines were followed.

The flags will be at the cemetery until the end of the week, when Cole will return to remove them.

Cole said that the Legion is also responsible for installing the mock cemetery in the middle of Littleton by the American flag, marked by several smaller flags in the ground. The Legion also installs and removes the larger flags that can be seen lining both main streets.

According to Scout Master of Troop 132 Dani Quinn, the troops have been helping the Legion for about eight years, every Memorial and Veterans Day.

“Right now, people want to get out and do something, and this gives it a sense of purpose and brings the scouts together,” said Quinn. “This is a way to honor our veterans in a way that still complies with what’s going on in the world today. We have always been happy to help with the flags, and I think the troops are happy to participate after hearing that other troops aren’t allowed.”

Quinn said that the scouts participating will earn community service hours while learning about citizenship for merit badges.

“This is a chance for them to participate in the community,” she said. “They also scout for food drives in the spring because this is when food pantries usually run out of food and not as many people participate after the holidays.

Air Force retired Brigadier General Dave Johnson, a friend of Cole, was invited to give a speech to the Scouts after they wrapped up installing the flags. Cole said Johnson has led an interesting career that has included combat, disaster relief in Angola, and he was in the Pentagon on 9/11 when a plane crashed into the building.

Johnson’s speech covered a brief history about how Memorial Day came to be.

“Memorial Day was institutionalized by retired Union General John Logan after the Civil War, but first started by Confederate widows who would decorate their husbands’ graves with flowers,” Johnson said. “They noticed that there were Union graves with the Confederate graves and thought, ‘You know what, we are trying to heal the country, let’s decorate them all.’ So they did that, and General Logan thought that was a pretty good idea, and two years later declared Decoration Day, which stuck for many years.”

Johnson said that the Decoration Day was planned for May because of the amount of flowers in bloom, which made decorating easier. He also mentioned that some people will say that Abraham Lincoln actually started it at Gettysburg, but it was Logan who really institutionalized the holiday.

Johnson quoted former Illinois Governor Adlai Stevenson II, “Patriotism is not short frenzied outbursts of emotion, but the tranquil and steady dedication of a lifetime.”

Previously, Cole said that he hoped Johnson’s speech would inspire the Scouts that were helping.

Johnson concluded his speech by reminding the Scouts that, “We are saying thank you for the love of those who died demonstrating love in the service of our country, and thank you for their selfless love for us.”