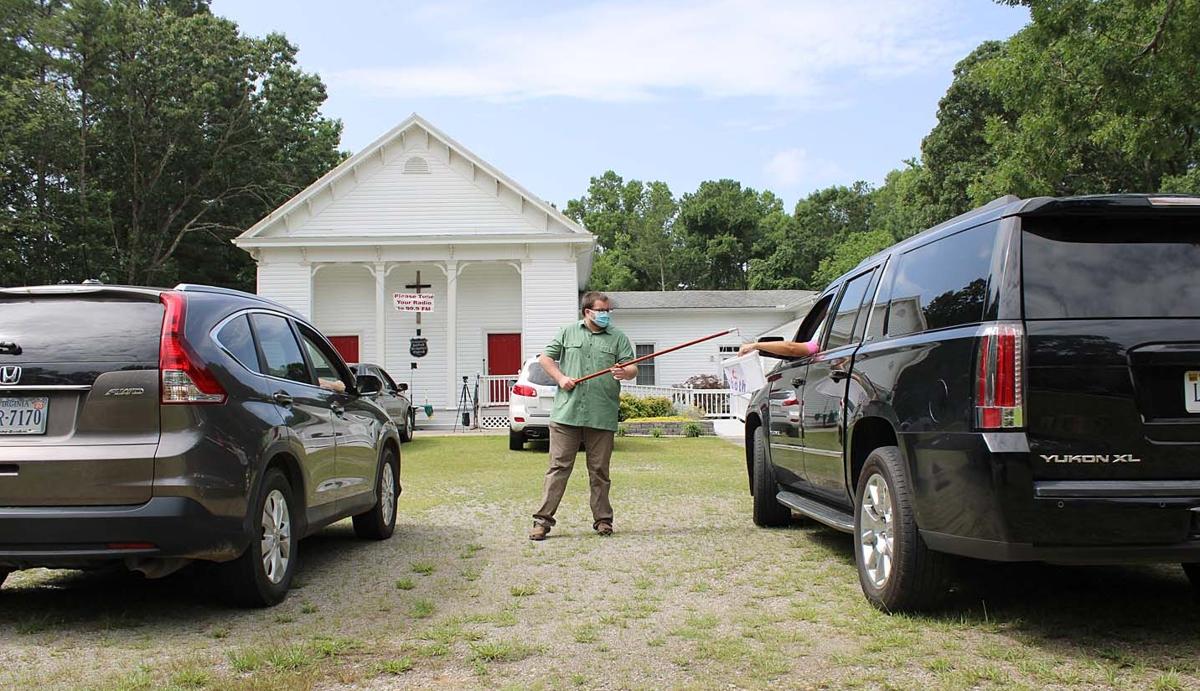 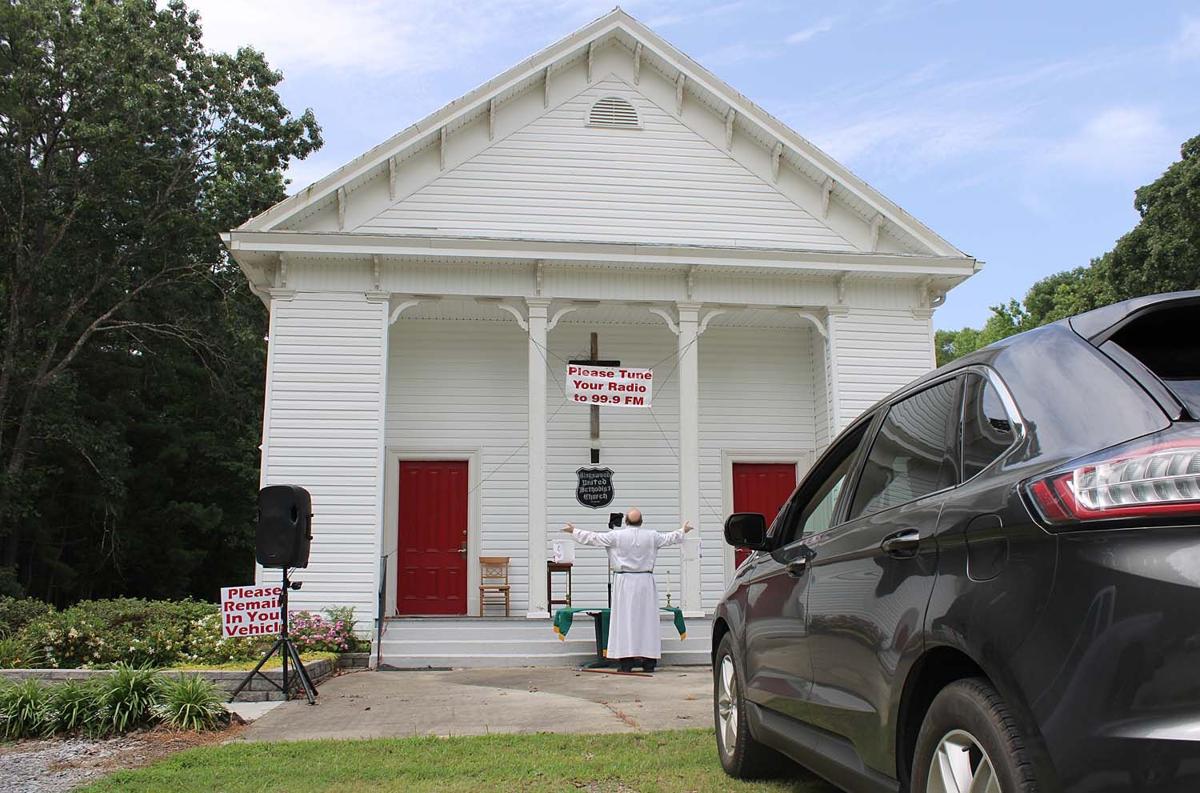 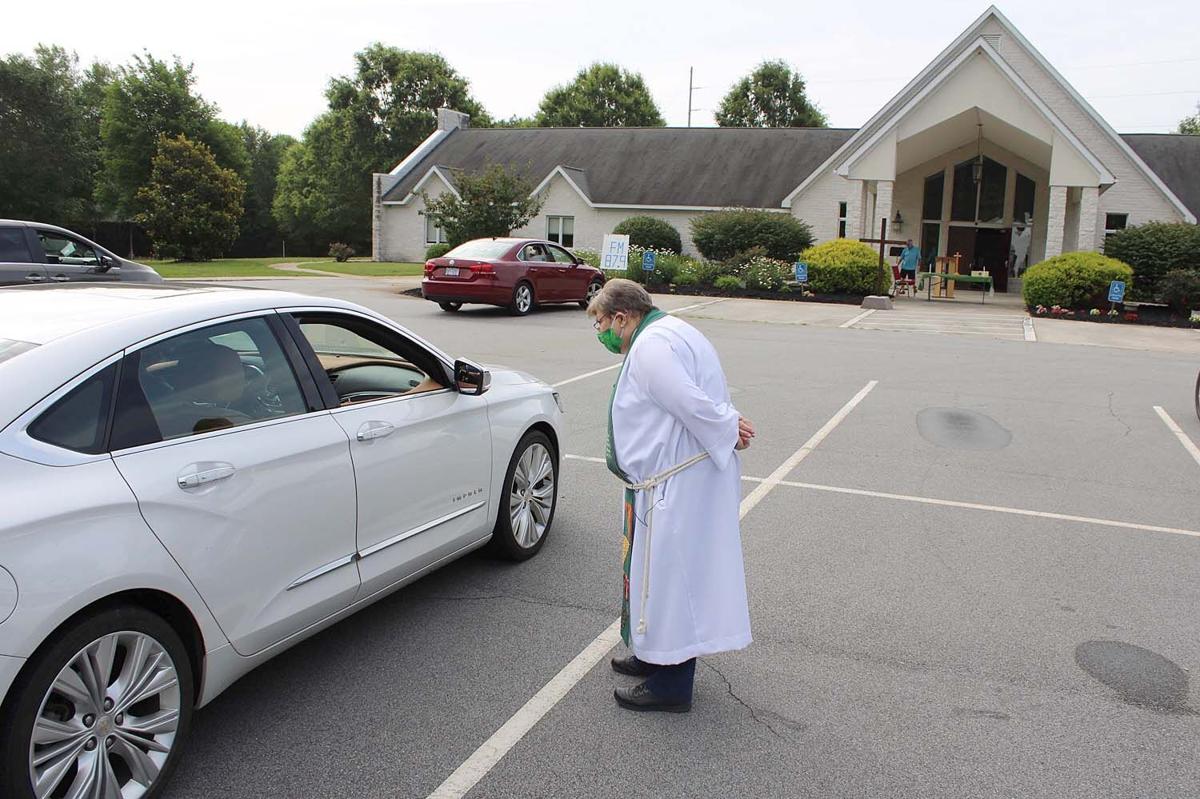 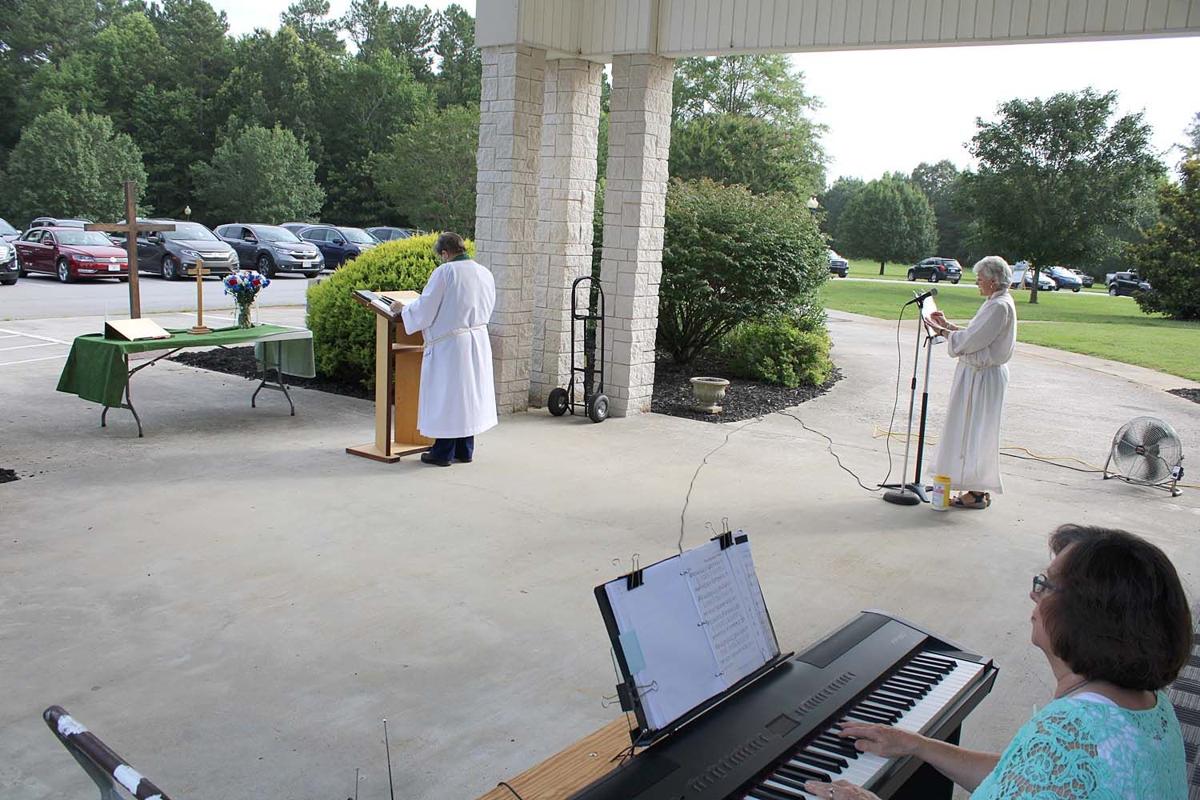 It’s Sunday in late June with a temperature that will eventually hover around 80 degrees by mid morning; very warm, but nothing close to the stifling bouts of heat that will follow over the next month.

A pair of Lake Gaston-area churches are holding drive-in services, which is what it sounds like: a drive-in movie except with church and no popcorn. Park your car and take in the service, listening either over the loud speaker or tuning in via radio.

Some worshippers roll down their windows. Others will turn their cars back on at some point during the service to cool off in air conditioning.

For Kingswood United Methodist Church in Bracey, Va. and Lakeside Lutheran Church in Littleton, this is a product of COVID-19-related restrictions that have reshaped worship as their congregations knew it. Kingswood has done several drive-in services by this point in June while Lakeside is trying it for the first time.

The churches are different in many ways beyond their distinct denominations. Kingswood traces its history back to the early 19th century amid the Second Great Awakening when Methodist followers grew in large numbers in Southern Virginia. Kingswood, originally called Calvary Meeting House, moved to its current grounds around 1836, still more than a century and several decades away from its congregation listening to their preacher outside of the church from their parked automobiles.

At Lakeside, birds chirp on the secluded hill that occasionally offers a breeze for those with their windows down for Rev. Sherrie L. Hofmann’s delivery.

While Kingswood is steeped in history, Lakeside was founded in the early 1990s and the current church building was dedicated in 1999.

Still, the spirit in which both churches have gathered on this Sunday is quite similar, as are some of the reactions of all involved.

When the sun hits, all Greer can see in Bracey are windshields, creating a glare so bad he can’t see who is inside the cars.

Hofmann, too, wishes she had a better sense of who exactly she was preaching to from underneath Lakeside Lutheran’s portico.

“That was the one thing I kind of missed,” Hofmann said. “I could see some faces in front of me through the car window and that was nice just to be able to make that connection.”

That connection with their pastors and fellow worshippers is one of the elements of the drive-in service that makes it worthwhile to participants.

“What I like about it is the fact that we feel somewhat connected even though we’re in our individual cars,” said Lakeside Lutheran member Nancy Roegner. “It’s really nice to see the parishioners back together, to be able to talk to them from a distance.”

Nancy and husband Bob, Lakeside Lutheran members for more than two decades, saw fellow Lakeside churchgoers for the first time in months after the coronavirus outbreak closed churches around the country.

They had been watching Hofmann’s services on YouTube, but it’s a different experience to see her actually delivering the sermon in person, and to see and hear Janice Thompson, the director of music, and her assistant Diane Colin.

Even if it’s from their minivan.

“I don’t feel disconnected or odd about it just because of the fact it is comforting to see the people,” Nancy said. “Yes, you can see the pastor on TV, but you’re actually seeing her live and that makes a connection.”

Hofmann, a West Virginia native and Air Force veteran, preached about selfishness and getting caught up in what we want for ourselves rather than the good of the whole congregation, in addition to speaking about being good, welcoming representatives of Christianity.

Hofmann said the church arrived at the decision to hold drive-in services based on following N.C. guidelines as well as recommendations from the Evangelical Lutheran Church of America’s Virginia Synod.

Hofmann, Lakeside’s reverend since January 2019, knows it won’t please everyone.

“We try to do the best we can and we try to provide a little something for everybody,” she said. “I know there are people who probably aren’t happy about that. All I can say is we just hope and pray that they will bear with us and we’ve been trying to do the best we can under these circumstances, which are not normal for any of us.”

As well as Lakeside and Kingswood members have organized drive-in church, it’s hard to see the banners hanging on Kingswood’s 184-year-old church that read “Please tune your radio to 99.9 FM” and “Please remain in your vehicle” and think, “This is normal.”

“It is very strange, but it’s also been surprising to me how quickly we all adapt to these things,” said Greer, who has been at Kingswood about a year and also leads Rehobeth United Methodist Church in La Crosse, Va. “When the service is going on, I’m not that much aware of anything going on beyond the end of the parking lot, even though 903 is a very busy road.”

Kingswood adheres to cautious guidelines from the Virginia Conference of the United Methodist Church. Members have to fill out health forms to attend and although the state of Virginia presently has more relaxed guidelines than North Carolina for mass gatherings, Kingswood hasn’t yet gone back indoors. The church doesn’t want to meet indoors until all of its members, including young children who either aren’t recommended to wear masks or can't be expected to keep them on, can return safely. And when they do go back, singing won’t be allowed.

“Of course there’s no fellowship with one another when you’re sitting in a car,” said Kingswood lay leader Ron Sickles, “where if you were in the church sanctuary there, you’d be shaking hands and hugging and socializing with one another.”

Greer, of Bedford, Va., still finds time for greetings at car windows before the service begins and rather than walking to the end of the aisle to meet after the service, he walks down the driveway and waves goodbye at cars as they turn onto 903.

Who could have envisioned such a scene a year ago? Or church parking lots full of vehicles honking their horns as a means of greeting or showing approval.

Both Kingswood and Lakeside Lutheran seem to agree the beeping of the horns is one of the unexpected joys of drive-in church.

“Instead of being able to holler ‘Amen,’ Sickles said, “we blow the horn.”