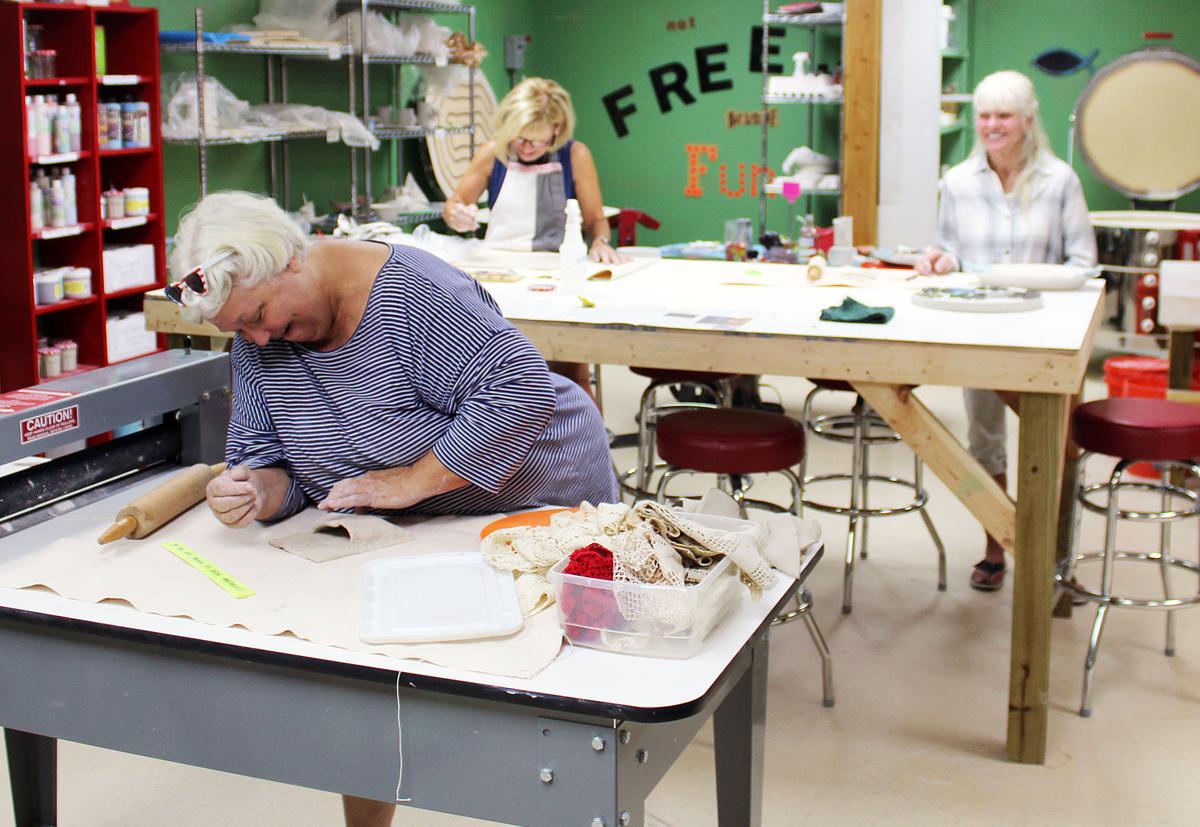 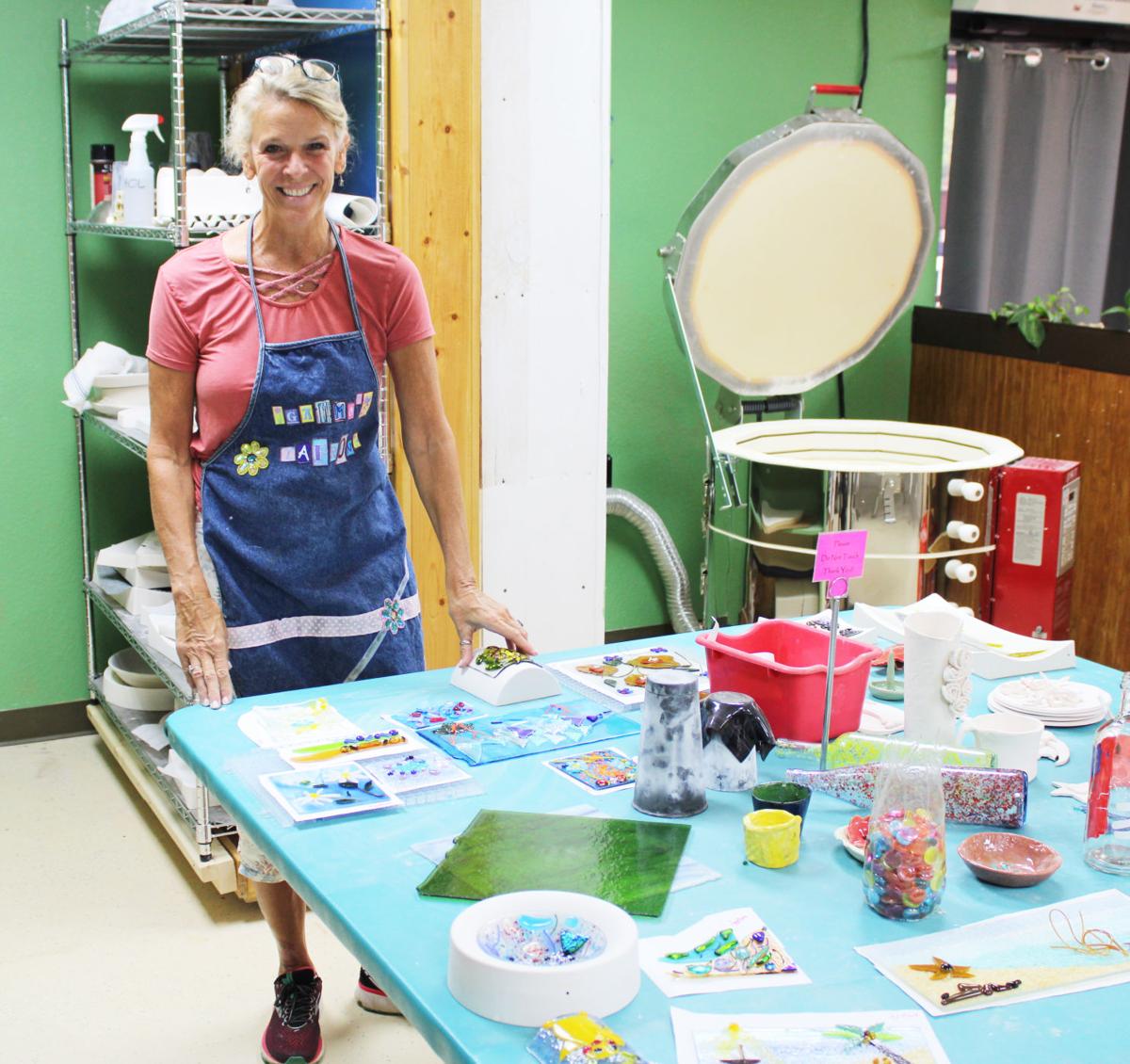 Lynn Norton stands by a kiln and a table of recently fired crafts.

Lynn Norton stands by a kiln and a table of recently fired crafts.

Lynn Norton of Norton’s Art Studio at The Corner Lot at Lake Gaston offers a space to local artisans for pottery, fused glass, and mosaics. Stained glass is on the way.

Norton’s Art Studio opened towards the end of last summer, and according to Norton, “It just snowballed after that.”

Norton started the studio after her home craft room had to go after a home renovation. The space at the The Corner Lot was available, and she took advantage of it.

The general goal is not to teach the classes herself, but to allow other local artisans to come and teach their craft. Norton is currently assisted by Sue Williams in fused glass and Kim Cameron on the potter’s wheel. Ev Wesson teaches painting classes, and Norton teaches both fused glass and hand built pottery.

Norton, who considers herself semi-retired now that she manages the studio, created the space with artists in mind.

“The studio is geared towards other retired artists,” she said. “They can come and teach a few classes a week. It doesn’t have to be anyone’s full-time job. I wanted a space where other artists can come and play.”

Eventually, she wants to turn the studio over to other artists who will hold a key, teach classes, and make it their own.

Norton considers herself a “jack of all trades, master of none.” Since the studio opened in late August 2018, she hasn’t had time to do anything but be creative. Administrative tasks sometimes get pushed to the wayside. Norton hasn’t had any grant funding, she isn’t part of an arts council, and the art studio hasn’t had a grand opening.

Fused glass is currently the biggest draw, followed by hand built pottery and mosaics. Norton recently got into making clear resin jewelry and is also interested in creating concrete projects.

She uses glass bottles in a lot of her work by adding paint and additional glass before firing it in a kiln to recycle them into objects like spoon cradles and cheese trays.

Norton’s At The Lake Art Studio is located at 3358 River Rd. Henrico. More information about the classes offered can be found at thecornerlotatlakegaston.com or contacting 252-510-0571.